Tuesday’s Hard To Kill go-home edition of Impact Wrestling, featuring Genesis fallout plus the final build for Sunday’s Hard To Kill pay-per-view, drew 161,000 viewers on AXS TV, according to Showbuzz Daily. The show drew a 0.05 rating in the key 18-49 demographic. 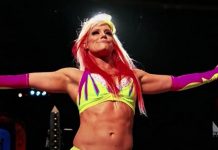