George Iceman, host of the “Iceman’s Intel” segment on Before The Impact, noted on Twitter that he is hearing rumors of a “dangerous stipulation match” in the works for the Impact Slammiversary PPV. Impact re-tweeted his post and said an official announcement will be coming at 12pm ET on Thursday.

There’s no word on what match will be announced, but PWInsider recently speculated that Ultimate X will be brought back for Slammiversary. X Division Champion Josh Alexander is currently being pushed after it was reported that the company wants to build the X Division Title up in a major way.

Slammiversary will take place on Saturday 7/17 from Skyway Studios in Nashville, with a limited crowd in attendance. 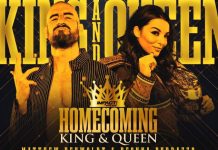 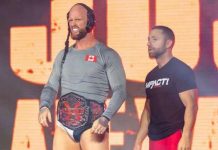