Spike TV in the United Kingdom has announced that effective this week, Impact Wrestling will be moving from its timeslot of 9 pm to 10 pm on Friday nights.

This is due to SIX, a show regarding the Seal Team Six, airing on Friday nights at 9 pm on the network. 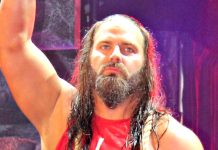 James Storm Opens Up About Why He Left Impact Wrestling