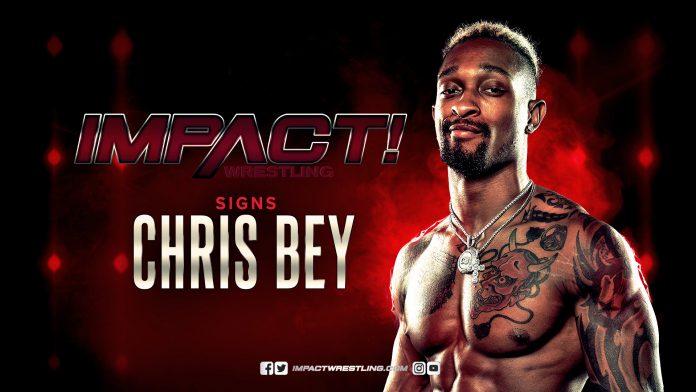 Impact announced on tonight’s show that they have signed indie star Chris Bey, who has appeared on Impact TV, WWE 205 Live, ROH and others in the past few years.

Bey debuted at the recent 2/7 and 2/8 Impact TV tapings, which will air over the next few weeks.

It’s interesting how AEW Executive VP Cody spoke about Bey during a media call earlier this afternoon. He said:

“I’ve been doing a deep-dive on YouTube, on a guy named Chris Bey. He’s a prime example of somebody who could potentially be good for our singles division. We haven’t spoken to him or anything of that nature, but I’m sure this call will have some sort of… he’ll hear about it in some capacity.”

Here are the Impact tweets on Bey signing: