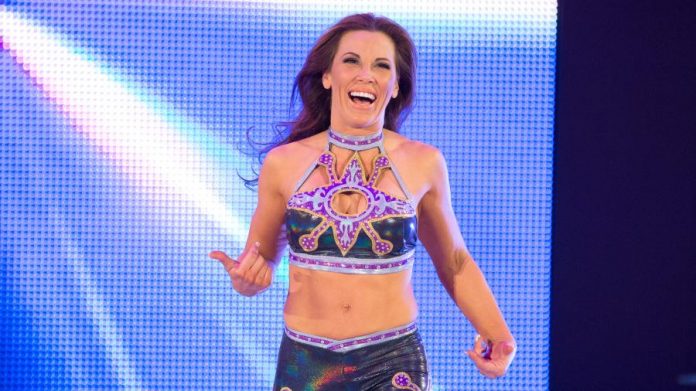 As noted, the all-women’s event will be taped this weekend in Nashville to air on Saturday, October 9 via Impact Plus and the Impact YouTube channel for Ultimate Insiders.

In an update, Impact has announced that Melissa Santos will be the ring announcer for Knockouts Knockdown. Mickie James and Veda Scott will be at the commentary table with James serving as the color analyst, and Scott doing play-by-play.

Knockouts Knockdown will be headlined by a Monster’s Ball match to pay tribute to former WCW & TNA star Daffney. Christy Hemme will also have a “major role” on the show but details have not been announced, and former WWE NXT Superstar Mercedes Martinez will make her Impact debut on the card.

The inaugural Knockouts Knockdown event was held in 2013 with Kim winning a Gauntlet to be crowned the “Queen of the Knockouts” in the main event. The event was also held in 2014, 2015, 2016, and in 2017 as the “Victory Road: Knockouts Knockdown” event. The 2017 event was headlined by Leva Bates, ODB, Alisha Edwards and Santana Garrett defeating Laurel Van Ness (aka Chelsea Green), Angelina Love, Diamante, and current Knockouts Tag Team Champion Rosemary.

There’s no word yet on Monster’s Ball participants and other matches for Knockouts Knockdown but stay tuned as we will keep you updated.

Stay tuned for more on the return of Knockouts Knockdown.

See the #KnockoutsKnockdown action in person this Friday, Saturday and Sunday in Nashville: https://t.co/TOoO5XZ21p pic.twitter.com/dO5vkuqkyT