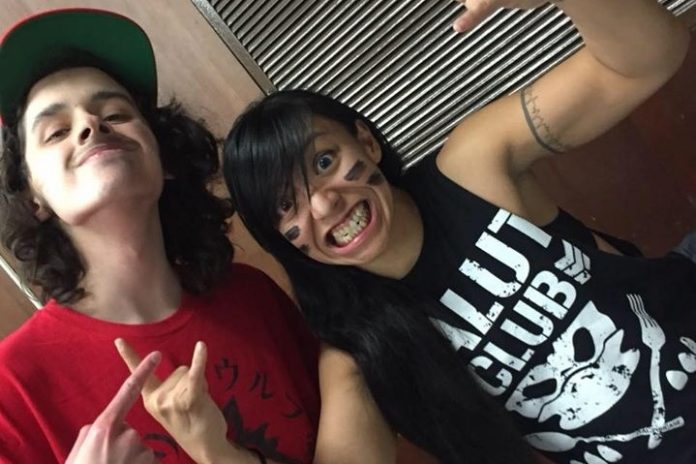 Professional wrestling allows for many things to be possible, both for the fans and the athletes. A lifelong dream can be achieved for the competitors that start on the dirt-stained canvases of the independent scene and work their way to the biggest stages of the industry. Fans can find motivation and inspiration through the accomplishments of their heroes. The common thing that the genre can bring for those inside the ring or outside of it is hope through the challenges of life. The grapplers can find themselves questioning if the countless miles on the road are worth the sacrifice, or if those ventures will lead to a break in the industry. The fans that passionately follow their favorite stars get an escape from some of the stress or hurdles they experience with daily life, more specifically something to enjoy for a few hours that takes priority over anything that might be difficult to deal with.

For Kayden Reinke, an 18-year-old fan, the sport was apart of his life almost as long as the health problems that have plagued him. Since his early youth, Kayden dealt with Common Variable Immune Deficiency and Immune Thrombocytopenia that caused several health conditions, including a platelet disorder. Chronically ill for the majority of his life, Kayden couldn’t play sports or participate in many activities, but discovered the world of sports entertainment during his elementary school years.

“My aunt showed me an Undertaker entrance in late 2007, I was hooked. Something about it was just so cool and different from all the other sports, and I couldn’t stop watching,” he explained.

As time went on, Kayden discovered independent wrestling and began attending local shows around Cleveland, Ohio. Several hospital trips and stays become a routine in his life, but he found a way to deal with the medical process through sports entertainment. He watched countless hours of any wrestling he could find and searched for stars that he hadn’t discovered yet. His passion and dedication to the events made him a favorite among many of the grapples that often saw him at ringside. Over the past several years, he became one of the most well known fans of independent wrestling. When his health issues became known, many of his favorite wrestlers rallied to support him, something he still values today. Polished professionals such as, Johnny Gargano, Ruby Riott, and many others voiced their support for him.

Kayden has been one of the people who supported me since day 1. He’s everything that is good in wrestling, and has been through more than just about any of us. Please support him and his family during this time. https://t.co/WSSBVNnp91

“It’s just crazy to me because I really don’t see myself deserving of any level of the support I get, but people care that much and it means the world to me. Independent wrestlers are basically like Hollywood celebs in my eyes. I can’t really pick out one person in particular, everyone helps me so much,” he said.

Kayden is an amazing young wrestling fan in Cleveland– and he needs our help. Let's get HIM the transplant he needs! This guy deserves HEALTH! Kayden is a huge fan of wrestling, but I'm a bigger fan of Kayden! PLEASE SHAREhttps://t.co/Icpd6zN6jz pic.twitter.com/uFSLSx7y8x

A recent graduate of Mentor High School, the humble youngster made plans to attempt a bone marrow transplant, hoping to finally find a solution to his numerous health hurdles. While the details of when and where he can receive the new marrow aren’t finalized yet, a GoFundMe campaign was launched to prepare to help with a variety of living expenses after the procedure. Kayden is very optimistic about the potential of the transplant.

Kayden is everything good about pro wrestling, now lets be good back to him. https://t.co/NPs43MZ7eG

“This is hopefully the last step to curing everything I have,” he enthusiastically said.

As was the case since he discovered the genre, several stars have supported him on the venture and went to social media to voice praise for him. Absolute Intense Wrestling, widely regarded as the premiere promotion in Ohio, is one of his favorite groups, and several stars on their roster spoke very well of him. However, Kayden’s dedication and appreciate to the sport earned him praise from grapplers around the tri-state area as well. As was the case in the past, Kayden used professional wrestling to help persevere through the next phase of this ongoing health situation.

If you're going to donate to something today, let it be this. https://t.co/TZvJlqhNqL

“Well, I basically just live off wrestling. If I’m not at the doctor, the house is pretty close to having wrestling on all the time,” he said.

With plans to attend college after he recovers, Kayden has already witnessed an outpouring of support from the independent wrestling community with half of his goal reached within the first week of the campaign. Kayden’s kindness towards others was recognized by those within the sport by the response to this effort to help him with such a chronic health situation. More than anything, the response to this fundraising effort is a shining example of the power of pro wrestling. While health problems can cause uncertainty, one thing is for sure, Kayden will continue to find his spot at ringside, where he can provide inspiration and strength to persevere to all those that know him.