– The WWE Performance Center YouTube channel will be releasing a four-day, four-episode series on WWE NXT Superstar Tegan Nox – The Comeback. The series will air this Wednesday through Saturday, leading up to the Street Fight against Dakota Kai at Sunday’s NXT “Takeover: Portland” event. Below is a trailer for the mini-series:

These matches will air on the new Main Event episode that premieres this Thursday night on Hulu. You can click here for spoilers from the tapings.

– WWE on-air talent Charly Caruso has been hired to work on a new XFL social media show. Caruso took to her Instagram Stories earlier today and revealed that she took a red-eye flight after last night’s RAW in Ontario, California, to fly back to Stamford, Connecticut for today’s filming at XFL HQ.

Caruso, who also currently works for ESPN and has covered other sports leagues such as the NFL and the NBA in the past, captioned the IG Story video from the set and wrote, “About to shoot the first episode of the XFL Showcase: your social media source of all that’s good in the @xfl”

The XFL Showcase social media program will likely debut in the next week or so. Below is a screenshot from Charly’s Instagram Story. You can view the full video from the set by visiting her Instagram page. 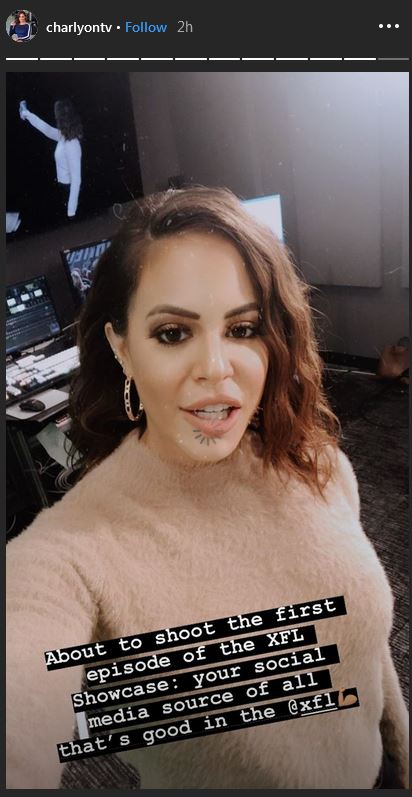