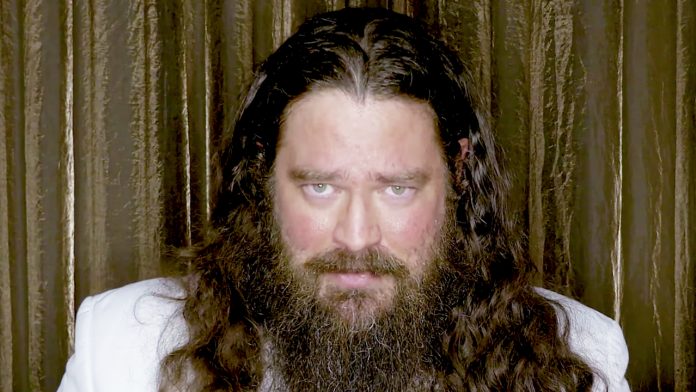 NWA star Jocephus (Joseph Hudson, aka The Question Mark) passed away on Wednesday from an undiagnosed medical issue, according to NWA owner Billy Corgan.

Corgan made the announcement on his Instagram page. Dutch Mantel noted on Twitter that it’s believed Hudson passed away on Wednesday night from a stroke or an aneurysm.

Corgan paid tribute to Hudson on his Instagram account, writing, “It’s with a heavy heart that I share that my friend and brother in wrestling, Joseph Hudson, has passed away suddenly from an as-yet undiagnosed medical issue. NWA fans would know him as Jocephus as well as The Question Mark; where thanks to the great fans at GPB Studios in Atlanta, Joseph was able to receive the kind of support in the ring he’d always dreamt of. He is survived by a young son whom he loved dearly, and if anything would pain him about leaving this Earth it would be not being able to be there for his boy. RIP Joseph, love to you and Godspeed”

Hudson, who worked for several indie promotions and also behind-the-scenes for the NWA, also portrayed the late Bruiser Brody on the premiere episode of Vice TV’s Dark Side of the Ring series. It looks like Hudson’s last match would’ve been at the NWA Power tapings in late January as he and Aron Stevens (Damien Sandow) teamed for a loss to WWE Hall of Famers The Rock ‘n’ Roll Express.

You can see several videos on Hudson below, along with Twitter tributes from Stevens, Wade Barrett, Adam Pearce, James Storm, and several others from around the wrestling world:

You two were a brilliant duo. Incredibly sad – he was a great guy & performer. RIP Joseph.

Sad news tonight folks. My friend, Joseph Hudson, who went by the wrestling name Jocephus and portrayed a young Bruiser Brody in the DSOTR episode 1 passed away tonight. It is believed that he either suffered a stroke or an aneurysm. @PWTorch @PWInsidercom @RealJeffJarrett pic.twitter.com/Vgux3bADk1

Really bummed out to learn of the passing of Jocephus aka The Question Mark. Joe was a good dude. I was fortunate to have a great conversation with him at the last WrestleCade. May he rest in Peace. So sad….#RIPJocephus

Saddened by the passing of Josephus. He was a total gentleman. Thoughts are with his close friends & family pic.twitter.com/ezSF1BU5qs

Thinking about the talks I’ve shared w/Jocephus aka “The Question Mark” over our short period of time working together @nwa I always found him to be upbeat, positive, gentle & oddly funny. Really gonna miss him & his smile. Prayers to his family~PHS#RIPQuestionMark #NWAPowerrr pic.twitter.com/wNv9bfv8Nv

Just learned the news about Jocephus (a.k.a. The Question Mark from @nwa ).

He was an amazing, kind, and considerate man and I will miss him greatly.

My deepest heartfelt condolences to his family and friends.

The world is a better place because you were in it. Life is kind of like wrestling. It’s the “moments” that count. We shared them in and out of the ring. I love you brother. 🥋❓🤘🏼💔 pic.twitter.com/6HxrkS4BVf

Very sad to hear about the passing of Jocephus. I met him years ago before we worked together at NWA and he always had a smile on his face and was always so fun to be around. My condolences to his family, especially his little boy. He will be forever remembered. Ka-Ra-Tay?????

Rest in Power Jocephus. You were one of the sweetest, supportive guys. I’ll remember you this way. pic.twitter.com/4nq3CTeqKs