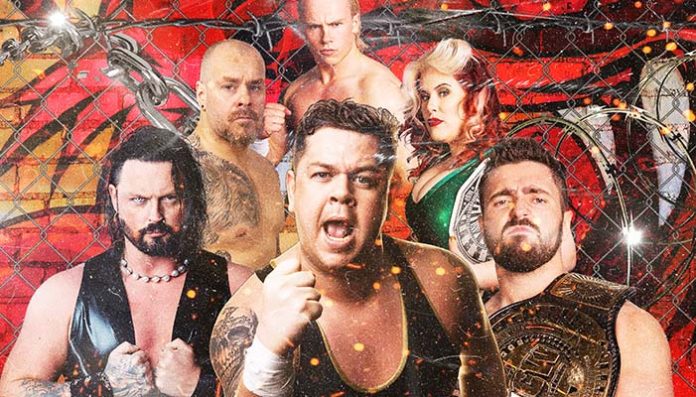 Thanks to Insane Championship Wrestling for sending PWMania.com the following:

Triple H praised the role smaller organisations like ICW have in the wrestling industry.

“The truth is, this is where our business starts,” Triple H told the crowd.

ICW owner Mark Dallas knows the show has a lot to live up to.

“We’re buzzing to be back in Cardiff for WWE Clash at the Castle weekend.” said Dallas.

“WWE is a spectacle like no other, and we can’t wait to offer fans the greatest afterparty ever with our own brand of insane, over 18s pro-wrestling at midnight, under ten minutes from Principality Stadium.”

McIntyre recently appeared on “INSIGHT” with Chris Van Vliet and talked about his time in ICW before returning to WWE and challenging for the Title.

“Right away I knew I had to go back to Scotland to get my mission statement out to ICW, Insane Championship Wrestling, where all my friends were that I started with.

“It got such an insane response afterwards, it felt so good to get it out, it felt so good to be myself and I said some bold comments in there. ‘I’m going to show you the real Drew Galloway, take over the world as far as I’m concerned and put ICW on the map.”

The only way to see the event live is at the venue itself. Tickets are still available through Ticketmaster and Y Plas. Fans can also watch ICW on-demand on WWE Network in the UK, and Peacock in the USA.