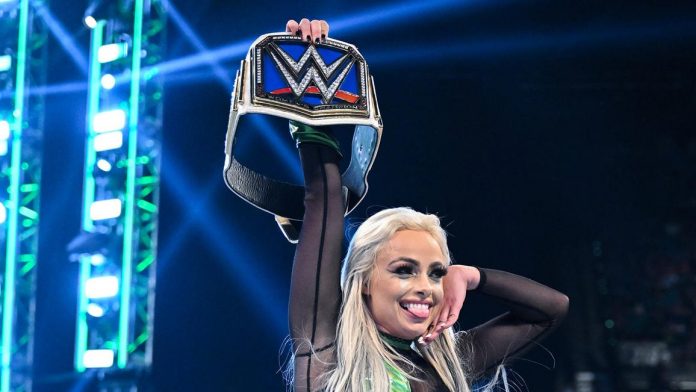 At the WWE Money in the Bank event last Saturday, Liv Morgan had a great night.

She won the women’s Money in the Bank ladder match and then cashed in her contract to become SmackDown Women’s Champion by defeating Ronda Rousey, who had just retained the championship over Natalya.

Morgan’s title win was the first time in several years that a new SmackDown Women’s Champion was crowned without one of the Four Horsewomen (Charlotte Flair, Becky Lynch, Bayley, and Sasha Banks).

The SmackDown Women’s Title was won by Bayley in 2019 after she won MITB and cashed in on Flair while Asuka received the Raw Women’s Title from Lynch due to Lynch’s pregnancy. Morgan’s cash-in continues the pattern of short women’s Money in the Bank, as Carmella cashed in two days after winning the briefcase in 2017. Bliss cashed in within three hours after winning the briefcase, whereas Nikki A.S.H kept it for 24 hours.

In an I Quit match, Rousey defeated Flair to win the SmackDown Women’s Championship at WrestleMania Backlash. Morgan will be included in WWE’s plans for SummerSlam.