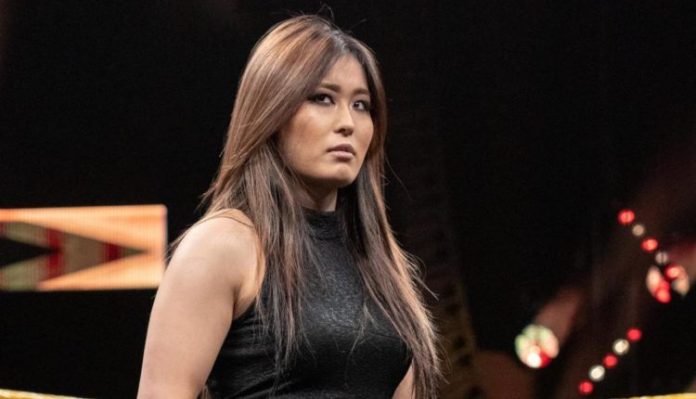 – This week’s WWE NXT episode on the USA Network saw Tehuti Miles make his official TV debut for the brand. He lost to Killian Dain in the second match of the show. Video from the match can be seen below.

Miles is a Veteran of the United States Army, and a former running back for the University of Maryland football team. He started working the indies in 2018, and made a few appearances for ROH. The former Elijah King was signed by WWE after a 2018 Performance Center tryout. He teamed with Brandon Scott for a 2-on-1 Handicap Match loss to Braun Strowman on the April 1, 2019 RAW from Washington, DC. Scott and Miles were billed as SNL stars “Michael Che” and “Colin Jost” to promote his feud with the two at WrestleMania 45. Miles then made his NXT in-ring debut on September 19, losing to Cameron Grimes. He has worked a several NXT live events since then, losing almost every single time.

– WWE has a new poll asking fans if Charlotte Flair will be able to dethrone NXT Women’s Champion Rhea Ripley at WrestleMania 36. As of this writing, 50% voted, “Yes. She’s The Queen.” The other 50% went with, “No. She doesn’t even go here!”

– As noted, Io Shirai returned to the ring on tonight’s NXT episode, defeating Aliyah to qualify for the six-woman Ladder Match that will air on April 8. Shirai had been out of action since suffering a leg injury during a match with Toni Storm on the January 22 NXT show. It was reported then that she would be out of action for around 2 months.

Shirai took to Twitter after the win over Aliyah and said she shocked the WWE medical staff with how she recovered. She said there is no permanent damage.

“Although I hurt my knee and couldn’t wrestle, I shocked the medical trainers by fully recovering within two months. Thankfully no permanent damage at all!! Time for Io Shirai to rampage again! [smiling face with horns emoji] [black heart emoji] #WWENXT,” Shirai tweeted.

Although I hurt my knee and couldn’t wrestle, I shocked the medical trainers by fully recovering within two months. Thankfully no permanent damage at all!!