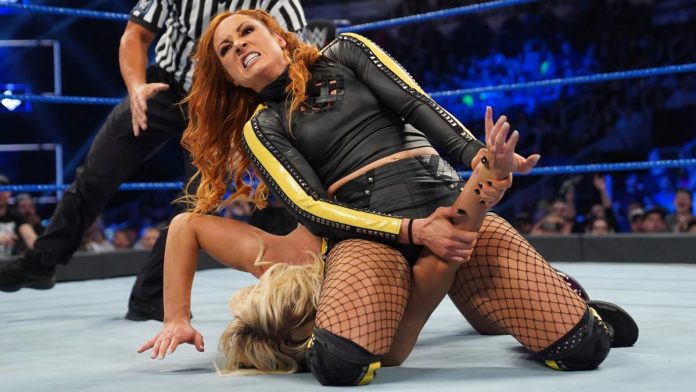 With tensions clearly still running high after Sunday night, it appeared that Becky was closing in on victory when she locked in the Dis-arm-her on Flair. However, “The Man” lost the hold when Evans took advantage of Lynch’s positioning by knocking her down with the Woman’s Right. With Lynch down, Bayley tagged herself in and got Lacey out of the ring. From there, Bayley reversed a Figure-Four attempt into a rollup for the win. However, with each having a title the other wanted, it wasn’t all smiles between Bayley and Becky after the match, with the two clearly bickering a bit after the win.