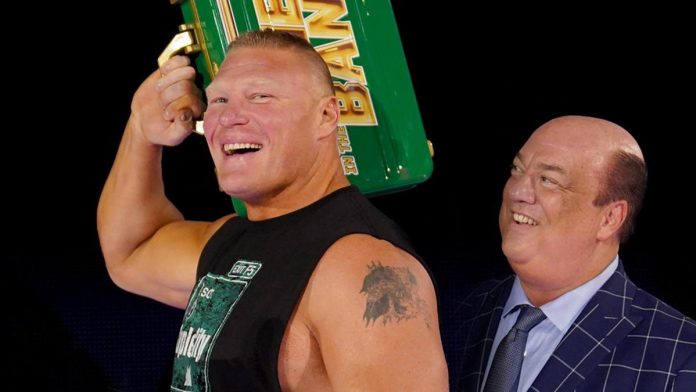 Could tonight be the night that Brock Lesnar cashes in his Money in the Bank briefcase?

According to Brad Shepard of Pro Sports Extra, Lesnar is backstage at WWE Extreme Rules. He was told by a WWE source that Lesnar is staying in a room at the Wells Fargo Center in Philadelphia, Pennsylvania.

According to a source in #WWE, Brock Lesnar is backstage (staying quietly in a room). I don’t know anything with certainty beyond that so I won’t speculate. #WWE #ExtremeRules