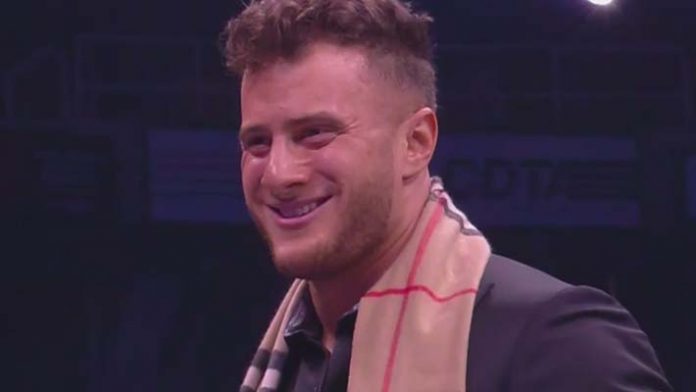 After some speculating on the collapse of All Elite Wrestling, those misguided fans were proven wrong when the AEW schedule continued as planned with the semi-finals of the world title tournament last night on Dynamite. As expected, it will be Bryan Danielson vs. Jon Moxley at Grand Slam at Arthur Ashe stadium to determine the new champion. I mentioned it in an article last week, but it makes sense to emphasis it again, sometimes the simplest answer is the right answer, and taking the whole media scrum debacle into account, it makes sense to present the biggest star power possible for the championship at the stadium.

From what was revealed last night, MJF has a new faction with the group that helped him win the ladder match at All Out to become the number one contender for the title. On the surface, MJF is such a talented talker that he doesn’t need another person next to him to cut promos, and he’s effective enough as a heel to get heat without using a stable, but at least for the moment, it shines an extra spotlight on him, which is a positive for a company that has some of its featured stars still off of television because of pending suspensions. In truth, I’m not sure anyone involved in The Firm is going to get over just by being associated with MJF, mostly because if there’s going to be a stable booked around him then it should be designed to get him over. Still, the TV time for Ethan Page, Lee Moriarty, and others is better exposure than being lost in the shuffle on one of the Youtube shows.

MJF spoke mostly about Jon Moxley in the promo on Dynamite so that might be an indication that Moxley will win the championship at Grand Slam and then be challenged by MJF at the next pay-per-view. It might sound sarcastic with how bloated the roster is, but assuming Friedman eventually wins the belt, Tony Khan should have a plan to create some legitimate challengers for him. This is one of the many problems with such a full roster, when you try to get everyone over, the result is usually that the majority of the roster stays at the same level. Sure, AEW has a lot of names it could book against MJF, but would it be considered something that would be main event or pay-per-view worthy? For example, Samoa Joe has spent the majority of his All Elite tenure in the secondary feud with Jay Lethal. Joe vs. MJF would be a solid match on the marquee, but is Samoa Joe currently in the position on television where fans might think there’s a possibility that he could win the championship? When you only have four pay-per-views a year and those shows costs $50, you have to create a level of intrigue that will get the fans to place the order for the broadcast. Danielson vs. Friedman would probably be a great feud, especially because of how over Danielson is, but again, if Danielson doesn’t win the tournament, would he be considered a credible challenger again not too long after the finals?

"I ain't playin' a character, Jon. You are!" @The_MJF has a message for @JonMoxley! Watch #AEWDynamite LIVE on @TBSNetwork! pic.twitter.com/WzSQTuBndK


As much as Tony Khan might have a background in sports analytics, to reference the earlier theory with the Grand Slam finals, sometimes the simplest answer is the correct answer. Instead of a half dozen championships or convoluting the All Elite brand with continuous references to Ring Of Honor, Khan should look to simplify the formula for the product. Give the most over baby faces wins on television to build momentum and have those stars challenge the heels with the most heat. In this case, if MJF garners the most heat on the roster, book him in a main event angle with the most over baby face on the show. Stability and consistency is the key for All Elite Wrestling, regardless of if or when the EVPs return to the organization.

"You either run with us, or you run from us." @The_MJF introduces #TheFirm, led by @StokelyHathaway! Tune in to #AEWDynamite LIVE on @TBSNetwork! pic.twitter.com/aKFHg43iyi


Still, it seems like a long time since All Elite Wrestling hit a big home run, with the Punk vs. MJF dog collar match probably being the most recent example. Through no fault of his own, Adam Page was booked terribly as champion and his run with the belt more or less flopped. That’s not a knock against Page’s skills, he deserved better, but he was portrayed as a whiny champion instead of the blue collar competitor. More specifically, there was a promo where Page mentioned his lack of title defenses, which didn’t gel with the blue collar character. Plus, the amount of TV time he had during the majority of his title reign was minimal. Furthermore, as nice as it legitimately is that The Dark Order remain a faction and stamp of the legacy of Brodie Lee, the current version of the stable is a comedy act so that didn’t really gel with Page’s main event push either. Adam Cole’s star power was minimized after he arrived with his involvement with The Elite instead of being a featured individual star, and now he’s on the sidelines. Even Danielson, who started in All Elite as possibly the best heel in the business at the time, was booked into a stable so the momentum of his initial debut wasn’t fully utilized.

The point being, outside of the Revolution pay-per-view in March, the vast majority of the All Elite product seems like so much more could’ve been done with certain performers at certain points. Why exactly wasn’t there an FTR vs. Young Bucks match for the AEW tag titles? FTR had consistently solid matches on television and the one-off ROH pay-per-views, but weren’t featured on the All Out card. All things considered, the argument could be made that Danielson, Cole, Eddie Kingston, Adam Page, and FTR should’ve been used better this year.

That’s why MJF eventually winning the title isn’t an automatic shift in the right direction for the company. If the heel wins the championship, who challenges him for it? Don’t get me wrong, Dynamite has some stellar matches and the level of talent on the roster is obvious, but as I said in an article a few days ago, there’s a difference between the ability to have the five star match and being over with the audience. AEW is a national commodity and on that level, the ability to truly be over with the audience is what draws money. The novelty of the new promotion has worn off and now the success of the organization will be measured by how effectively it can utilize the talent on the roster.