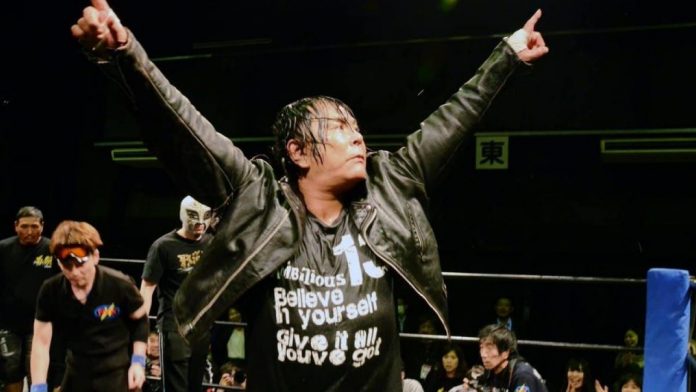 Within the past several weeks, the narrative around All Elite Wrestling was a mixed bag, as the top star and company of the company went rouge, throwing the entire organization under the bus at the now-infamous All Out media scrum. The locker room brawl that followed resulted in suspensions for CM Punk, Kenny Omega, The Young Bucks, Ace Steel, and a few others. Supposedly, possible legal consequences could be pending as well, which makes the fact that Punk suffered yet another injury almost secondary. The Wrestling Observer’s Dave Meltzer reported that the former AEW champion had surgery to repair a torn triceps, putting him on the shelf for about eight months. That might be a moot point, considering that Punk’s official status with the company is still unknown.

Some pundits cited this debacle to the fact that Tony Khan gives his roster too much flexibility, and in an ego-driven business the potential for that to backfire is always there.

Depending on your perspective, the ability for contracted AEW talent to take outside gigs is one of the perks of the organization. The stars of TBS get the chance to make some extra dough and have the advantage of a higher booking rate based on the television exposure. Plus, being a known star from television doesn’t hurt merch sales at indy shows either, especially when the majority of those transactions are in cash.

One side of the coin is that the younger talent, especially if Tony Khan sees those guys as the future of his organization, get a chance to continue to hone their craft on a smaller scale to eventual become more polished for All Elite programming. It’s much easier for wrestlers to make the mistakes to learn the industry on smaller indy shows than potentially being exposed as inexperience on national television. I don’t think Brock Anderson is necessarily going to be the future All Elite Wrestling world champion, but for the wrestlers that are projects of The Nightmare Factory or others that are relatively new to the sport, the chance for them to work the small shows is a very useful opportunity. It’s probably as close to working the territory system as possible in the modern era.

On the other hand, even for the higher profile indy shows, technically there’s a risk every time one of AEW’s mainstays step into the ring for another promotion. One injury to one of the main All Elite cast at an indy show could potentially put a major dent in the national promotion. Just as an example, Jon Moxley is the current Game Changer Wrestling champion, but if he suffered an injury at a GCW event, it would impact the industry far beyond just the indies. Still, we’ve seen guest stars provide intriguing and entertaining television for All Elite, which gives the group something unique to promote to the audience.

That’s why it was interesting to read reports that Meltzer recently mentioned that legendary grappler and the founder of Frontier Martial Arts Wrestling, Atsushi Onita wants to do an exploding barbed wire match, a stipulation originally popularized by FMW, against Jon Moxley in All Elite Wrestling.

As we know, the last time AEW attempted this type of gimmick match, it was quite literally a dud when the final explosions were very underwhelming and it led to criticism from the viewing audience. If this type of bout could draw again would be very questionable because fans aren’t going to be as willing to pay that $50 price tag knowing that the Kenny Omega/Moxley bout had such a flat conclusion.

Make no mistake about it, as infamous as he is controversial, Onita is only willing to do this type of match specifically for the pay off involved. He launched FMW-E, a spin off of the original promotion, last year, but it failed to pick up any significant momentum. Some of those events were held at actual fruit markets in small towns in Japan. That was just over five years after the start of “Super FMW,” another spin off that fizzled rather quickly when it became apparent to audiences that it wouldn’t be anything close to the original brand. More recently, Onita did a series of appearances and matches in the United States, wrestling against Bully Ray in Philadelphia, as well as an eight-man tag at Wrestle Con earlier this year. Before that, he worked an exploding ring match against Matt Tremont last October at a minor league baseball stadium, but that event was surrounded in controversy with the amount of tickets sold not covering Onita’s payment.

If I had to guess, I’d say that the aging grappler was probably willing to work in America in the last five years because there are only so many times that he can reboot the FMW concept.

If Onita should be booked in AEW is a different matter entirely. Obviously, Tony Khan is aware of his status in Japan, which is why the exploding barbed wire match was booked for Omega/Moxley, and Onita had a cameo on Dynamite to build the PPV match. For the diehard wrestling fans that know the history of FMW, an Onita/Moxley bout would be a dream match on paper, but even the most enthusiastic death match fan knows that it’s not a realistic option. At 64, Onita has very limited mobility, which is why he worked mostly tag matches in Japan the past several years. Selling the audience another exploding barbed wire match on pay-per-view would be tough because of how underwhelming the conclusion was to the gimmick in AEW before, but getting a performance that would be PPV worthy might not be possible so it could be another disappointment for the paying audience.

Again, for Onita, it’d be great because he gets a payoff from Tony Khan, but what would essentially be an aging outsider throwing Moxley into the barbed wire because he physically can’t take those types of bumps isn’t good business for All Elite. Let’s hope this rumor stays just a rumor because besides Onita’s pocket book, there’s not a benefit for this match in AEW.