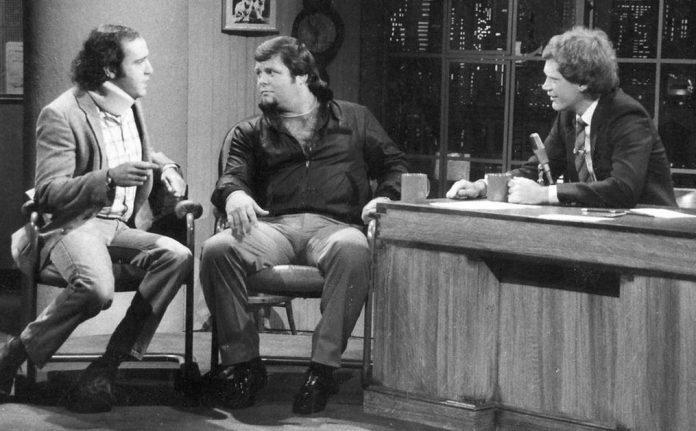 As is often the case in the age of social media, there was a recent debate about the status of the professional wrestling industry in 2019. With the modern era of WWE in-depth documentaries, more availability to shoot interview clips through Youtube, and the general presentation of the genre, what is the perception of the sports entertainment business?

Some within the industry have called it “performance art” with the ideology that competitors should fully disclose that they play characters on a television show and not attempt to maintain angles outside of its on-screen production as a way to acknowledge that the status of the “competition” during an event is already explained through the previously mentioned media of documentaries etc.

Still, others claim that some type of believably must to maintained for events to remain a draw to the audience. First, I have to say that I don’t take it as some type of personal insult if someone wants to call wrestling performance art, and it’s silly that anyone would take the time to complain about such a thing. What someone else calls the industry has no effect on me, and everyone can have their own view on the squared circle. At the same time, there are obviously philosophical differences on each side and those philosophies can have a different impact on the progression of a product. I find myself somewhere in the middle of this debate, and that’s not to avoid the subject, as I plan to discuss each side of this topic in this article.

Perhaps, the heated debate stems from that fact the “performance art” interpretation of professional wrestling is quite literally the opposite of what the foundation was to draw money in the sport in its early years. Action-packed bouts thrilled the audience when they were in the seats, but the belief in a hero or hatred for a villain is what brought them to the box office in the first place. That emotional investment regardless of what aspect of the product is still what ultimately draws money. For example, much of the core of the All Elite Wrestling fan base are diehard viewers of the genre so they know most of the insider terms used within the industry. Still, they made an emotional investment into the product, if not for a specific “hated” villain, but rather for what AEW represents for the business as a whole. An on-screen character might not get legitimate heat, but in some ways that audience pledges their support to an alternative because WWE gets the real-life heat in that situation. Plus, the best characters are good enough to make even that audience questions where the line between reality and entertainment is during the show. For example, MJF is considered by many to be a major star in the future because of his in-ring skill and his brash persona. MJF doesn’t claim to be a “performance artist” or break character on social media, which allows for the audience to question just how much of MJF’s character is based on reality? The real-life wrestler might be one of the politest people you could meet, but does the audience really need to know that? More specifically, isn’t the entire point of the pro wrestling presentation to have heels that are good enough to seem like real-life villains?

Keep in mind, no matter how many Hollywood writers Vince McMahon hires to script the countless hours of his television shows, wrestlers aren’t actors. From a character prospective, the basis for what a professional wrestling is doesn’t allow for them to performer in the same way as actors, simply because the persona of a sports entertainer is a continuous character. Robert De Niro’s legendary portrayal of troubled middleweight Jake LaMotta was an in-depth look into his turbulent life. However, the span of that character was merely two hours on-screen and concluded there. When De Niro became Jimmy Conway, based on the real-life mobster a decade later in Goodfellas, it was a completely different character. How a professional wrestler is presented this year can affect how they are perceived by the audience in the future because they are the same character on-screen. Granted, WWE can repackage performers, but management’s goal is to get an athlete over to draw money on a long term basis.

Over the past five years, the industry has given fans a view behind the curtain more than any other time before with several WWE Network specials, and it might not be a coincidence that the viewing audience has consistently declined during that span. Professional wrestling is undoubtedly an art form of a performance, but that doesn’t necessarily mean it’s performance art.

The late great legendary comedian, Andy Kaufman was known for his acting roles, but his legacy is often linked to his efforts as a performance artist, as he made the audience question and interpret what they were watching when he was on stage. Was Tony Clifton simply his attempt to parody a washed up lounge singer or was the goal to make the audience believe Clifton actually existed? That’s where there’s a drastic difference in the narrative of performance art or sports entertainment. Kaufman himself is an example of this, as his stints in the squared circle weren’t meant to make the crowd question his intentions, but rather a direct narrative to designed to get heat. Kaufman made sure he made it clearly through his promos as a villainous figure that he looked down upon Memphis fans. A performance art piece is basically there for individual interpretation, but through professional wrestling, the narrative is specifically designed to invoke a certain response from the audience. That reaction is geared toward the goal of selling tickets or pay-per-views.

Quite simply, would anyone consider Terry Funk a performance artist? Doubtful because Funk made people believe that he was the wild man that they saw on the screen. He wasn’t trying to “perform” he was being Terry Funk and that ability is why the fans have made such an emotional investment in him as one of the most beloved figures in the history of the sport. Fans and peers respect everything that Funk brought to the ring because his effort shined through and you knew you would get 100% from the legend each time he laced up the boots. It might be a simpler example, but Stone Cold got over because he was the gritty Texan that fans saw on Raw during the 90s, he didn’t have to “act” like someone else to accomplish the goal.

As can happen with most things in modern society, it appears that some have jumped on the performance art bandwagon to attempt to be trendy or appear more evolved than others in the industry. At the same time, if a heel stops to sign an autograph before or after an event, it’s not some devastating disservice to the industry. Still, there’s a disconnect when a performer doesn’t seem to be a heel behind-the-scenes and then they are supposed to get heat on the show. Again, even today, the most successful or most over performers are those that have credibility about what they portray to the audience. Brock Lesnar gets the reaction that he does because from what the fans can see of him, he really is only there for the money. If Kane had a Twitter account in 1997, would he have really gotten over as a monster with the memorable run he had during that era?

Yes, I understand that it’s a modern age, but sometimes more money can be made without using social media because that limited exposure maintains the mystic of a performer. That mystic can be intriguing and ultimately one of the reasons a competitor can be a draw. Another question is, are the lack of money-drawing stars in the modern era based on too much real-life exposure through social media or documentaries?

The answer to that question will continue to be a debate, but it’s certainly something to consider as the sport starts another chapter in the history books. As mentioned, performance art isn’t directly meant for an emotional response so in some ways, it’s interchangeable with other forms of entertainment, which is actually one of the problems of the current wrestling landscape. The organic and spontaneous emotional investment is what draws money because the audience identifies with a character. If someone is just looking for entertainment, they have unlimited options, but the emotional investment is what makes something must-watch for a viewer. The fans just had to order a pay-per-view instead of going to the movies because they identified with Steve Austin in his battle with Vince McMahon. Regardless of how someone classifies professional wrestling, it’s important to remember that from a business perspective, the ability to draw money is the basis for success in the industry.