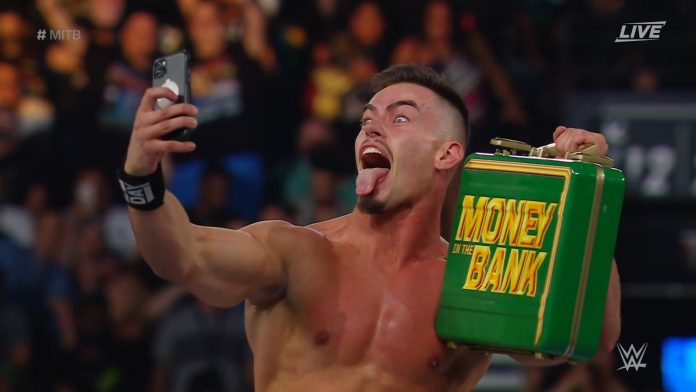 This weekend, the same time period of Ric Flair’s supposedly “last match” in the same city, Summer Slam will be held in a stadium in Nashville, TN. It’s somewhat ironic that on the weekend of Flair so-called final bout, the “Triple H era” so to speak will kickoff with its first pay-per-view in the post-McMahon phase of the WWE. Granted, this must be taken with a grain of salt, as is the case with most internet speculation, but there are reports that even management isn’t too thrilled with the current line-up for Summer Slam.

Throughout the history of the industry, stadium shows were often considered the biggest events possible, not merely based on the size of the venue, but the fact that the main event had to be a major deal for promoters to even attempt to book a stadium for it. If the venture was successful, sometimes certain stadium shows became an annual tradition, and sometimes the results varied.

While, it’s a much safer business decision now because the brand of the event sells tickets more than the actual card, you might’ve heard the phrase, “A stadium that needed a show instead of a show that needed a stadium.” Unfortunately, that might be an accurate way to describe Summer Slam and could be a motivating factor for the new regime to shuffle the deck to create some buzz going forward.

That said, even with the move to TV-14, and something that was a main point of discussion directly after the McMahon retirement announcement, there won’t be radical changes to the product anytime soon. Realistically, there shouldn’t be earth-shattering changes made anyway. Right now, the WWE, regardless of the McMahon scandal, have record-setting revenue guaranteed based on their TV contracts and the Peacock deal alone. Ticket sales, merchandise, ad revenue, and sponsorships are all just icing on the cake.

Why exactly would management want to change that?

However, the structure of the program might shift before there’s a major change in the presentation. Sure, Roman Reigns is rightfully the top guy, but for the past several years, particularly based on the McMahon philosophy, stars from the past were brought in to move the needle because the vast majority of the current roster aren’t considered money-drawing stars by the general public. Steve Austin, at 57, had to be brought back after 19 years of retirement to ensure there was a big house for Wrestlemania this year. Brock vs. Roman, a completely recycled feud, was a part of the WWE playbook for the past seven years. Would there really be another Reigns vs. Lesnar main event if the company truly had anything else they thought could sell enough tickets to a stadium? Keep in mind, if Brock would’ve walked from Smackdown, 55-year-old Bill Goldberg was rumored to be the contingency plan.

The door is at least open for Summer Slam to usher in a youth movement for the next chapter of the company. It was a McMahon project, but most of the “selling point” if you want to call it that, of Summer Slam was the question of if Theory would cash-in the MITB contract to win the WWE championship after the Brock/Roman last man standing bout. At this point, they’ve hammered the notion so often on television leading up to the show, management has almost booked itself into a corner that it has to deliver on at least a cash-in attempt. If Theory is the guy and management believes that he truly has the potential to be a needle mover in the future then they should go with him all the way. Too often over the past several years, we’ve seen memorable title wins that fizzle out during a relatively short title reign because management shifts course before a talent can be firmly established in the main event scene. Big E has all the skills to be a main stream draw, but he held the title for just three months until Lesnar won the belt again, and Big E was moved back to the mid card before he suffered the neck injury.

If WWE brass believes that Theory is the next big star then Summer Slam is the chance for the organization to propel him to that spot with a memorable moment of winning the title as the show goes off the air. The opportunity is there, and the need for new blood is apparent by the fact that the exact same match that was booked for Wrestlemania this year is also booked for Summer Slam. Literally, where’s the progress of the company?

That being said, while Theory is a great athlete, I don’t see the hype about him. I’m not saying he’s an awful performer, but without the McMahon endorsement on-screen, an angle that often made him look like a dork when it started, he could just as easily be a forgotten competitor on 205 Live when the show existed. My picks for the future of the company are rather simple and aren’t necessarily the complete picture, but those to build around since we know that an over main event star can have a ripple effect through the rest of the product. Bron Breakker should be the next top guy for the WWE, period. There’s only one Kurt Angle, but Breakker is in the conversation in terms of someone that naturally picked up the ability to be a top notch sports entertainer. With a similar athletic background, it goes without saying that Bron vs. Brock at Wrestlemania next year for Lesnar to “pass the torch” so to speak to Breakker would be a wise strategy. In many ways, Breakker is just spinning his wheels in NXT 2.0 because the show itself is minor league by definition, but you also have to wait for the current storylines to play out so there’s a natural introduction for him on the main roster. Cody Rhodes is on the shelf, but when he returns next year, he should win the Rumble to eventual capture the title at Wrestlemania. Roman is doing the best work of his career right now and it’s still not a stale act so go with him until there’s someone truly over enough to unseat him as champion. Cody winning the title in honor of his dad is a story that writes itself.

Still, Theory is the performer that has the angle that has the opportunity to push him toward the title. Some aren’t sold on him as a main event star, but if he fails during the cash-in then it’s almost a flat moment so at the very least, it will be intriguing to see how much stock the Triple H regime puts into the Theory experiment. One thing is for sure, with a rather bland card and a recycled main event for Summer Slam, the new era of the WWE must attempt to truly make some new stars that can draw money in the future.