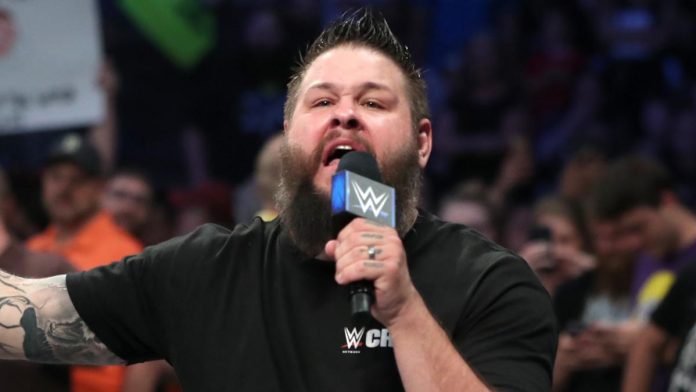 After a competitive match with Seth Rollins on Raw, Kevin Owens turned heel, attacking WWE champion, Big E during a post-match brawl. As I discussed in a column just a few months ago, there was speculation about Owens’ contract status with the company based on reports that his current deal expires in January. Of course, this prompted discussion about a potential jump to All Elite Wrestling since many of his friends work for the promotion and those that have made the leap have seemed to do well there. Miro, Adam Cole, and Bryan Danielson have seen their stock rise exponentially since their respective debuts. Granted, AEW is a smaller pond in terms of star power, but that’s one of the reasons there’s an opportunity for them to be used to their full potential under the Khan-owned banner.

Is what looks to be a potential feud for the WWE title an attempt to entice Owens to re-sign for a fresh chapter in the organization or will he conclude his tenure around the new year?

We’ve heard the stories for years that talent are promised a better push to stay aboard the roster, which really isn’t anything new in the wrestling business. Keeping talent happy is a constant balancing act, an aspect of the industry that became more difficult in recent years, as WWE brass also has to keep its sponsors happy while maintaining interest from the stockholders. Again, it appears the post-match attack puts the foundation in place for a title feud, but is there more to this than a short-term solution to try to keep Owens with the company or will the promotion look to invest more TV time with his character again?

As far as Owens’ skill set, the story remains the same as it did during the initial speculation about his contract. Kevin Owens is a unique athlete with the in-ring ability, the mic skills, and the charisma to be a major player for the organization. That being said, for whatever reason, the office has flip flopped on the Owens character, considering that he’s a former Universal champion, but that was five years ago, and a few months ago, he had a feud with “Happy Corbin” on Smackdown. More often than not in recent years, management recycled the Owens/Zayn rivalry because it was always a solid match, but at the same time, it provided no progress for either performer to move up the card. In fact, the biggest point to be made about a potential angle with Big E is, when was the last meaningful storyline that Owens had on television?

Don’t get me wrong, the former Ring Of Honor champion has all the skills to be a major star, but he floundered without angles that presented him at a top level on Raw or Smackdown. As far as the possible feud with Big E, I think it would be tremendous because they are both such great performers. Big E should’ve had the title two years ago, and I honestly believe he has the ability to be a main stream star for the company. Big E connects with an audience in a way that very few can on the current roster and he’s probably the biggest contemporary star in the company outside of Roman Reigns. As much as some fans want to give the corporate wrestling group flak on social media, a company with Reigns and Big E as representatives benefits in almost every aspect as far as the business model. Sponsors, advertisers, and shareholders will be impressed with Big E and Roman Reigns as top stars of the company.

The downside of all of that for Kevin Owens is, the flip side of this angle with Big E could be that if he doesn’t plan to re-sign a contract, WWE management might want to use him to put over the champion before his departure. It doesn’t even necessarily have to be with malicious intent either, it just doesn’t make sense to put the spotlight on a competitor before they walk onto the other group’s show. Ironically, an example of this was when Malakai Black returned to Smackdown to attack Big E before he was released a few days later. Reportedly, the WWE extended an offer to Black to return before his 90-day no compete clause expired, but he declined. Keep in mind, someone in the office probably realized that the company featured his return to television and generated a buzz around him so the release would allow him to take that hype and use it for his debut in AEW, particularly because he was released from the WWE before he had a match on Smackdown.

The point being, Big E shouldn’t drop the title anytime soon, and I doubt that simply being booked in a title feud would be enough to keep Owens around the WWE. He was already used in the role to put over the champion when he worked a storyline with Roman Reigns during the pandemic era.

In truth, Kevin Owens has been under utilized for the past few years, and his skill level is way above his position in the company so I have to say that outside of this brief title feud, I doubt management will suddenly see more value with him as a performer. The bottom line is, the office knows what they have with Kevin Owens and what he brings to the table so there’s no reason for his character to lack direction for such extended periods of time, specifically when the Zayn match was continuously recycled. It’s not necessarily a jab against WWE, but if they only view Owens as the guy that can put the champion over at this point in his career then it’s better for him to consider other offers. That’s part of the reason why it’s important for there to be competition in the industry because it allows more performers to be used to their full potential. All things considered, I would guess this angle with Big E will be used to put the champion over, while Owens’ status will still be in the mid-card at the conclusion. I would still say the jump to AEW in 2022 would be the better decision for Owens because again, because of the smaller pond, his star power will be maximized and it would be a fresh start in his career.