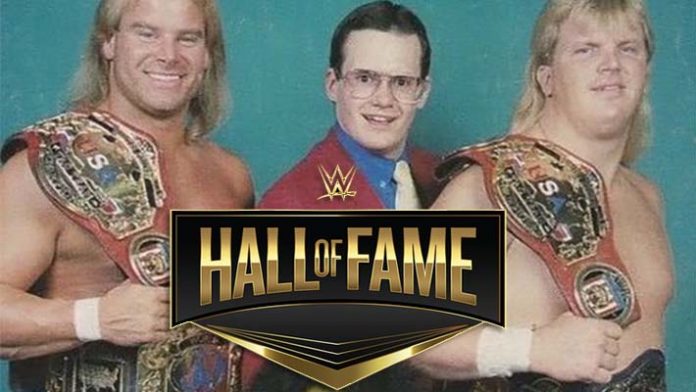 The 1980’s was arguably the greatest decade for tag team wrestling in history, especially in the NWA. Teams like The Rock N’ Roll Express, The Road Warriors, The Freebirds, The Minnesota Wrecking Crew, The Briscos, Arn Anderson and Tully Blanchard, and several others.

But in my opinion, there wasn’t a better tag team during that time period, or any time period for that matter, than The Midnight Express.

There were a handful of combinations of this team, which started in Southeast Championship Wrestling in 1980, with the first incarnation being the group consisting of Randy Rose, Dennis Condrey, and Norvell Austin. Although the group had some success, they disbanded in 1983.

Soon after, and even after a brief feud with one another, Dennis Condrey was paired with the guy I consider to be the greatest, and arguably the most influential tag team wrestler of all time, Bobby Eaton. Add to that, possibly the best manager of all time, Jim Cornette. I always idolized Jim as a kid, and had the privilege to meet him at a wrestling convention in 94’. To this day, one of the nicest and most humble people in the business I have ever met.

Condrey and Eaton were smooth as silk as a tag team with incredible timing, innovative as they come, and had all the tools in the world. They were rewarded for their hard work, and incredible work ethic, by defeating Ricky Morton and Robert Gibson for the NWA World Tag Team titles. Their feud with The Rock N’ Roll Express is possibly the greatest tag team feud of all time and took tag team wrestling to the main event.

In what still remains a mystery to most, in March of 1987, at the peak of business, and at the top of the mountain for tag teams, Dennis Condrey would leave the NWA. Reports state that a meeting with Vince McMahon that included Dennis, Bobby, and Cornette went well but Eaton and Cornette would change their minds and didn’t want to uproot their familes and/or recently bought homes in the area. It was also reported Dennis may have been going through some personal problems at home which contributed to his sudden departure.

Beautiful Bobby and Sweet Stan Lane were not only the best version of the Midnight Express, they were the best tag team of all time. If Ric Flair could make any single wrestler in the world look good, Lane and Eaton could do the same with any tag team. They set the bar for how it’s done. Along with Jim Cornette, their interviews and facial expressions as Cornette would berate anyone and everyone were priceless, and they would beat every team they were put up against.

Condrey would eventually return to the NWA, this time with Randy Rose and an up an coming manger by the name of Paul E Dangerously (a personal story between him and myself that gave me my 15 seconds of fame during the peak of ECW, on a future column). They would be billed as The Original Midnight Express and would engage in a very memorable and bloody feud with Cornette, Eaton, and Lane for about 6 months until Condrey would split the promotion once again.

Finally, the end of the road (minus some stuff they did on some independent shows down the road) came in 1990 when Cornette and Lane would leave the NWA due to creative differences marking the end of an era, yet leaving a legacy that will live on forever.

For those of you who may not be familiar with their work, I would highly recommend going on Peacock and checking out Jim Crockett Promotions under the “Territories” section of WWE and/or going on Youtube and doing a search for matches involving them, thus confirming my opinion on why they should be inducted, along with and by, Jim Cornette, into the WWE version of the Hall of Fame.

Jim Cornette inducted the Rock N’ Roll Express into the HOF. The Midnight Express helped define the career’s of the R N’ R Express and without them, may have not been inducted in the first place. Sadly, Bobby Eatin is no longer with us. Triple H, you have done a fantastic job at righting so many wrongs since you took over. Please do the right thing here and put the GOAT in the HOF before anyone else leaves this planet. It’s what’s best for business, but that’s just my 3 cents.