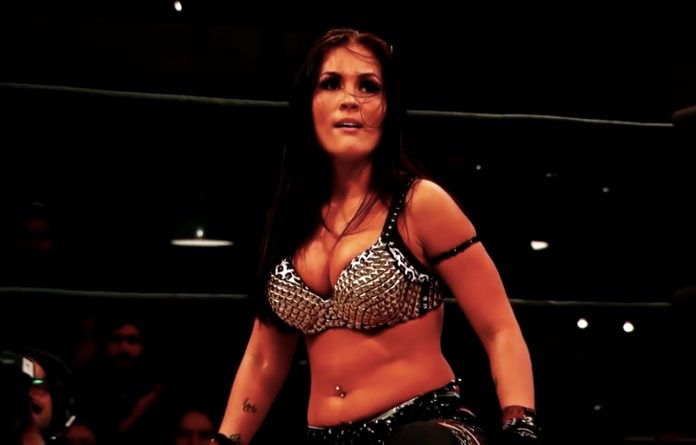 Ivelisse on her experience so far in AEW: “So far it’s been so much better than I could have ever imagined. I kind of have a traumatizing experience dealing with past promotions. Anxiety was definitely there, especially taking a chance with Lucha Underground and everything. Oh my God, from the very beginning [with AEW], I’m just in complete awe of how much better and stress-free it’s been in comparison to my other experiences.”

Ivelisse confirming her signing with AEW: “Actually, since you asked – I haven’t been able to officially confirm anywhere yet, but I can confirm right now– and I asked if it was okay – that I am indeed signed to AEW. Honestly, when that moment came, it was very emotional for me. Through the last couple of years have been really tough for me for so many reasons. Number one, the Lucha Underground thing and being kept through our contracts and all of that.

Once that was finally terminated, it took awhile to regain that momentum that was kind of lost. That, and a combination of other things, and personal issues – things like that, so it was kind of a really dark time. Nothing came about of my WWE tryout, so when this AEW opportunity came about, I was just really happy. When the moment came that I heard the words, I got overwhelmed with emotion, especially because that was during the same week that the fire happened at my house. I was kind of at the end of my rope and it was hard for me to contain it. I’m just incredibly happy. I feel something that I haven’t felt in a really long time and that’s hope for the future, and I feel valued and a sense of security.”

Rumors of an incident with Thunder Rosa: “I kind of expected this question to come up at some point. I’ve made it a point to not respond to it since the whole thing came up. I won’t comment much about it, but I will state obvious facts according to it. Whenever it comes to pro wrestling, I’m obviously the vet within the equation, so that pretty much should say a whole lot to anyone that knows anything about pro wrestling. They can put two and two together that me being the vet within the equation, and also with the fact that I don’t take people trying to disrespect me – with those facts, it’s kind of self-explanatory what happened, and anything that comes up along those lines.”