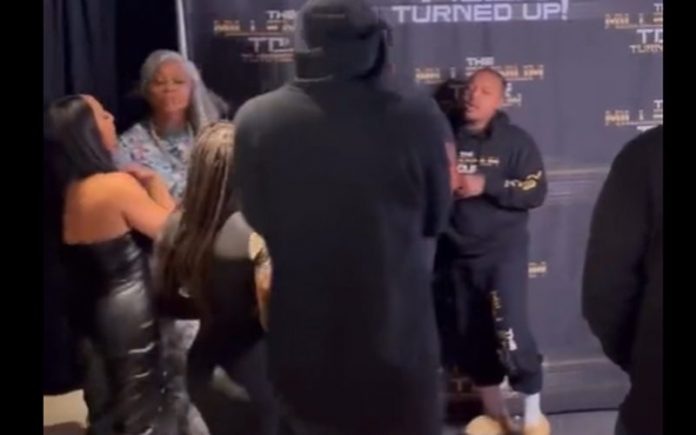 Bow Wow and AEW star Jade Cargill clashed in Miami, and things became heated between them. Cargill had to be restrained after they exchanged words.

It happened on Sunday night, when Bow Wow was performing as part of the Millennium Tour: Turned Up! at the FTX Arena in Miami.

While trading words with Bow Wow, Cargill was with fellow AEW wrestlers Red Velvet and Kiera Hogan. During the altercation, one of the women with the top AEW star threw popcorn at Bow Wow, prompting security to separate them.

Velvet and Hogan were picked up by one security guard, while Jade was restrained by another. Take a look at the footage below:

This all started when Bow Wow used Twitter to set up a date with Jade, despite the fact that she is married to former MLB star Brandon Phillips. Jade turned down Bow Wow’s offer.

Could we get a Bow Wow vs Jade Cargill inter gender match in the future? 👀 💯 #AEW #AEWDynamite #AEWFullGear pic.twitter.com/cTh7W9Xcaa

Bow Wow has previously expressed a desire to wrestle, as evidenced by the following post from last year:

Now i know this might sound crazy… BUT… after i drop my last album. I will focus on tv and film. And joining the @WWE its been a life long childhood dream to wrestle in the WWE!!!!

It will be interesting to see if this leads to a storyline on AEW TV. 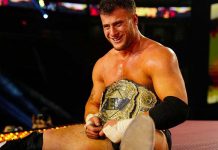