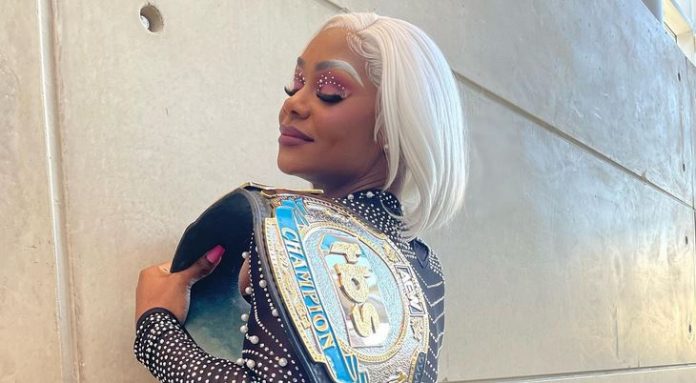 It would appear that Cardi B was watching as she uploaded the video to her Twitter account with the caption “MY MOOD ALWAYS!”

Cargill noticed the tweet and responded with the following, “Run it up! Let me know when you want to come through 💅🏾 @iamcardib”

Run it up! Let me know when you want to come through 💅🏾 @iamcardib https://t.co/SwjK1cX7l4

Cardi B’s potential involvement with WWE has been the subject of numerous rumors over the years, but it appears that AEW may be the one to make the first move toward signing her on their roster. If that occurs, then it has the potential to attract some new fans, similar to what WWE is hoping to accomplish with Logan Paul.

At this point, all we have are these tweets, and there is no confirmation that there is anything more to this than what we have right now.