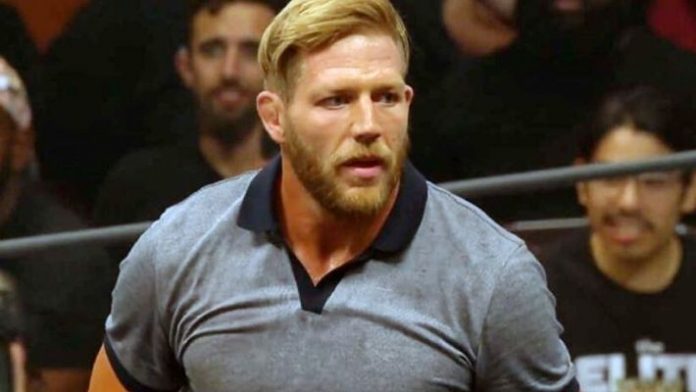 AEW star Jake Hager, who is scheduled to fight at Bellator 250, participated in a virtual media day and commented on U.S. President Donald Trump:

“I love Donald Trump simply because he loves America. He loves the American people. He wants my children to have freedom. He wants my children’s children to have freedom. I don’t think you can say that about who he’s running against … I think he’s been doing a hell of a job and will continue to do a hell of a job. America will definitely be better off with another four years of it.”

“I simply tagged him into that tweet because he had mentioned talking about the independent contract status and how WWE does that to so many of its roster. I just added him in there since they were talking about how great their business was. I really hope there is change. If I was a politician, I would definitely go across the aisle and talk to these people. I have no problem with it. I think Andrew Yang is a young up-and-comer and I know a lot of people back him. I really do hope he can create change but I also wish he was a republican.”

"I wish he was a Republican!" – @RealJakeHager discusses his recent tweet to @AndrewYang regarding the wrestling industry.

The link to the full interview is here: https://t.co/AzP23N5psu pic.twitter.com/mHc2EwsSvR