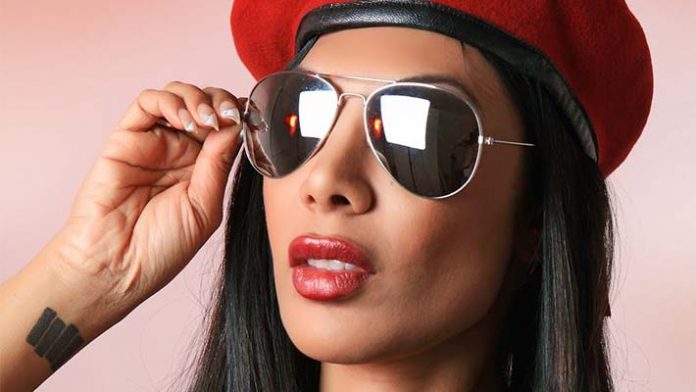 Jasmin St. Claire recently spoke with PWMania.com’s Scott Mitchell (@ScottsScoop44) for an exclusive interview. St. Claire talks about how she got started in wrestling, transitioning from adult entertainment to professional wrestling, her time in ECW, her upcoming one-woman show, and more.

Growing up, Jasmin St. Claire was a big professional wrestling fan. “It was one of the biggest highlights of my youth and it was a lot of fun,” says Jasmin. “When I got into the adult film business, I was still working for XPW. I didn’t start there though. I started at ECW. I just didn’t know what was going on for me yet.”

Jasmin went on to talk about how she was nervous when she would go out on ECW. “I wasn’t sure what to expect,” St. Claire tells PWMania. “It was an adrenaline rush and something I enjoyed. I got into it because of ECW wrestling, and Rob Black. He introduced me to them. I had my brief stint with XPW and then I quit and just went there full-time.

St. Claire says that learning from girls like Dawn Marie also was extremely helpful. “I liked working at NWATNA as well. I worked as many places as I could so I could learn as much as I could from everyone.”

Some of her favorite memories include debuting at XPW and coming out from under the ring, working with ECW, doing a piledriver off the top rope, and working with Missy Hyatt. “Everywhere was just a different experience with different people but all wonderful. When I worked at Memphis Championship Wrestling, that was very cool as well. It’s been fun and is always an adventure. I’ve met a lot of interesting people throughout this whole journey and I’m fortunate for the fans that I do have.”

“At first, I wasn’t sure what to expect. I had a lot to prove to myself more than anyone else,” says St. Claire. “I started wrestling with Sue Saxton and Mando Guerrero they taught me how to wrestle and helped me a lot along with the Dudley Boys. I didn’t know where it was going but I knew it would be somewhere positive.”

St. Claire had some great trainers as well, such as Sue Saxton and Mando Guerrero. “Sue was amazing. I don’t think she knew what to make of me at first,” says St. Claire. “She didn’t hold back. Mando was a lot of fun. I would train with a lot of smaller guys, and he taught me a lot of stuff. He was very encouraging. He’s talented. They should have given him a bigger chance. He knows how to work with talent and is just great to work with.”

St. Claire suffered from stage fright for a long time, so she started to take acting lessons. While taking acting classes she met Ryan Nemeth. “He [Ryan Nemeth] told me he had this improv show at “Second City” and asked me to host it,” says St. Claire.

“He said it was with wrestlers and I was like okay sure. I hosted it, and in my last year of training, I decided to go to the conservatory and graduated there,” St. Claire states. “These shows looked too complicated at first. Then I saw Mike Tyson’s show “Undisputed,” and it was like an hour long. I realized I could do that.”

“I started writing it and I wrote a book, but I didn’t do anything about it. I was fortunate to get a director from Second City. This is a big deal for NYC for the Cutting Room, and then Chicago, and I’m excited. People think it’s a comedy, but it’s not comedy, it’s a story. It’s very well-crafted and has been through about 7-8 trials. Hopefully, it could become a one-hour special maybe on Netflix one day.”

Tonight! 930pm @CuttingRoomNYC my one woman show hits the stage! See you there pic.twitter.com/5QU7k1pm0N

What’s Next for Jasmin St Claire

Right now, St Claire wants to continue her one-woman show. “The goal is to do it once or twice a month,” says St. Claire. Also, She would love to have an autobiography and she wants to continue to do and grow her podcast. “I don’t know anything other than entertaining people. I just want to be the best at whatever I decide to do.”

Details on her upcoming one woman show are mentioned in the tweet above and tickets are available via TheCuttingRoomNYC.com.