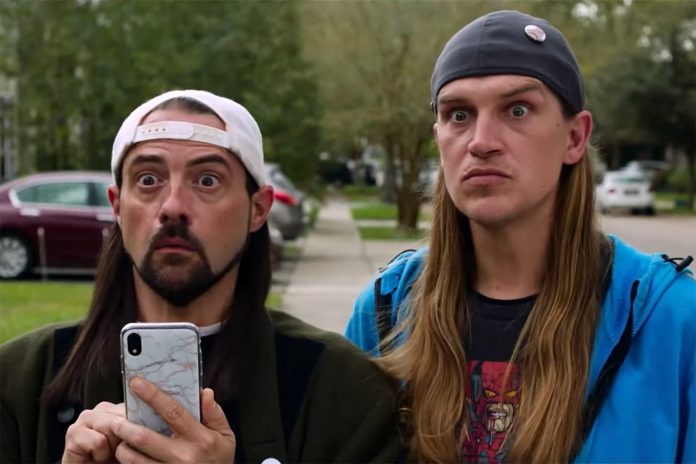 During an appearance on The Rich Eisen Show, filmmaker Kevin Smith talked about how him and Jason Mewes (the stars of Jay and Silent Bob) were originally scheduled to be at Friday Night Smackdown but WWE canceled the appearance after they did a segment on AEW Dynamite:

“I went to the world debut of AEW on TNT. And I’d never been to a match before. Certainly not one of that size. And it was dazzling. I had a really great time … that audience, the energy? They’re part of it. Everyone’s involved in a performance, and the audience is part of that performance more so than any other sporting event I’ve ever been to in my life, where people spectate. They are engaged with wrestling. Like, it doesn’t happen without them. They are the other character. Pretty fascinating, man.

We were supposed to go do WWE, me and Jay … Smackdown. And then the morning after, because we were on the AEW show, trended, like there was a lot of coverage and stuff. And so the next morning we were told that WWE was like, ‘you can’t come on anymore.’ And they canceled us. They kicked me and Jay off the show.”