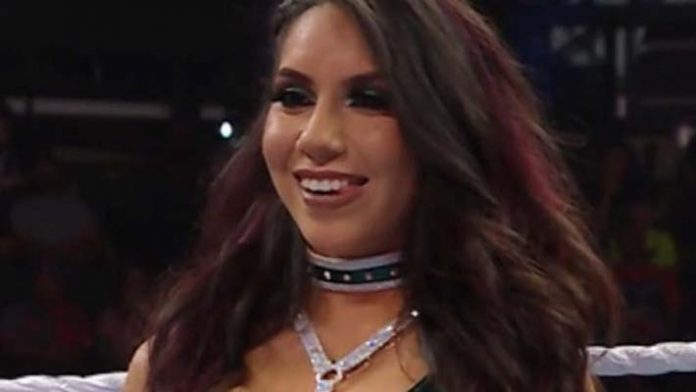 Jazmin Allure confirmed the signing while on the “Putting You Over” podcast. She also discussed the help she has received from executive producer AJ Mendez.

“Yeah, I’m currently signed with them [WOW/Women of Wrestling]. I signed I think in June. So I’ve been working with them since June.”

Allure also spoke about her experience wrestling against Tamina Snuka on WWE Main Event in July and getting advice from AJ Styles and Adam Pearce after the match.

“It was a couple people [that approached me after my WWE ‘Main Event’ match against Tamina Snuka]. AJ Styles gave us advice which was cool. Adam Pearce, he gave advice. It was a lot… That was probably the best experience I’ve had so far in wrestling just because everything was so positive. I can’t say any bad thing. I was just so nervous because you know, you always hear, oh, WWE, hear so much stuff about what goes on backstage… that was such a nerve-racking moment but everything turned out really fine. It was such a positive experience and I’m so grateful for that. Tamina was great, the girls were great. Nothing bad to say about that experience.”

Jazmin Allure appeared in numerous AEW Dark episodes back in 2021 and can be seen in numerous indy promotions including Thunder Rosa’s Mission Pro Wrestling.