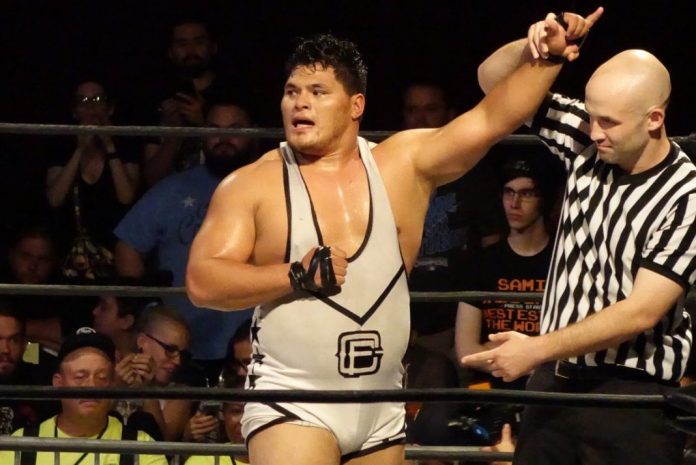 Former NJPW and ROH star Jeff Cobb is set to make his AEW debut next week.

Cobb will face Jon Moxley in singles action on next week’s episode from the State Farm Center in Atlanta.

Cobb’s debut was announced on tonight’s AEW Dynamite episode from the H.E.B. Center in Austin, TX. The storyline is that AEW World Champion Chris Jericho, as a bounty hunter, has hired Cobb to take Moxley out for him ahead of their title match at AEW’s Revolution pay-per-view.

Cobb, who is a free agent, was backstage for tonight’s AEW event, according to PWInisder. However, the 37 year old Cobb has not signed with AEW as of this writing.

Below is the promo that aired after Jericho’s reveal tonight on Dynamite, with AEW’s tweet announcing that Cobb is “all elite” now: