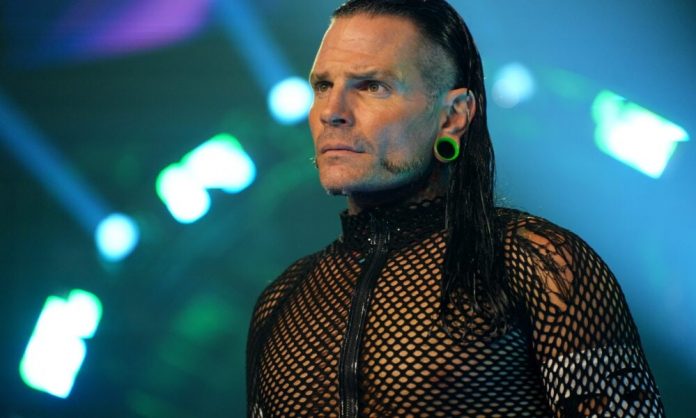 In his Florida DUI case, Jeff Hardy has pleaded not guilty. The plea was filed on June 28, according to PWInsider.

As PWMania.com previously reported, Hardy was detained on June 13 in Volusia County, Florida. He was charged with second-degree misdemeanour Driving While License Canceled/Suspended/Revoked, second-degree misdemeanour Violation of Restrictions Placed on Drivers License, and third-degree felony DUI Alcohol/Drugs Third Offense within 10 Years. Later that evening, he was later released on bond.

On Tuesday, July 5 at 2:30pm, Hardy, who has been out on a $3,500 bond, is due to be arraigned. The primary charge against Hardy is a felony, which carries a maximum sentence of 5 years in jail.

AEW President Tony Khan announced Hardy’s suspension without pay. AEW offered Jeff treatment, and Khan said that Hardy has indicated that he is willing to accept it. Hardy will be allowed to return to AEW provided he has received treatment and has maintained his sobriety.

Hardy reportedly entered a rehab facility on Tuesday, June 21. There is no word yet on how long he will be there. Khan first revealed the treatment on his Forbidden Door media call, and noted that Hardy is doing much better.

When the suspension was announced, Khan issued the following statement:

“We were able to resume contact with Jeff Hardy this afternoon. AEW does not condone Jeff’s alleged behavior. We’ve made it clear to Jeff that we’ll assist him in getting treatment for substance abuse issues, which he has indicated that he’s open to receiving. In the interim, he is suspended without pay, and he can only return to AEW upon successfully completing treatment and maintaining his sobriety.”