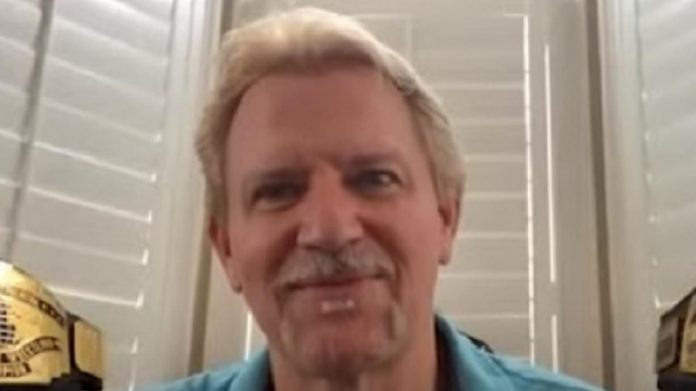 During this week’s “My World with Jeff Jarrett,” Jeff Jarrett discussed how big he feels TNA Wrestling could have been.

He brought up Impact Wrestling’s upcoming Slammiversary event on Sunday, as well as the promotion’s history. Here’s what he had to say about it:

“As we record this, June 12, next Sunday is June 19. Twenty years ago next Sunday was out first show. So, the organization that started 20 years ago is still around. How big could it have been? You can look at not hypotheticals and not what-ifs – the profitability, the facts, the ratings, the growth internationally. Let’s just say a 50 million dollar company, and we had built to be more profitable. Do I think we would have gotten a second show in the Viacom family? I absolutely do. So, getting a second show, and we could’ve maneuvered strategically and rolled along and kept our identity – kept the TNA branding, the six-sided ring, the core talent. Just the radical leadership change, I think you could look at that. I think we could have gotten a second show. Getting into the streaming world and the monetization with how things are being done now differently. The Apple generation radically changed things, not just in our industry but across the board. I think it’s fascinating to look at what could have been. I think it could have been big. We became WWE-lite, and our core guys went to WWE. That’s not a myth, that’s not a hypothetical. That’s a fact.”