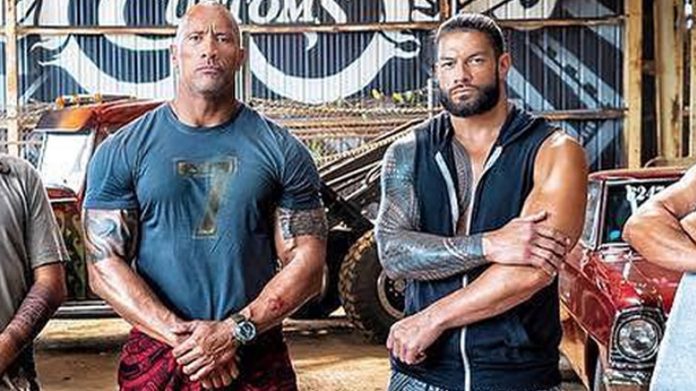 For the past year, there has been speculation that The Rock would return for one more match at WWE WrestleMania, this time against Roman Reigns.

Because of The Rock’s Hollywood schedule, it couldn’t happen at WrestleMania 38, but the company is now considering WrestleMania 39 next year.

“You see this is a different case. The Rock, obviously he doesn’t need to be anymore over, and obviously he doesn’t need to have another match. And obviously, if he does have another match, it’s because he wants to and the one he specifically wants to have, and that’s with Roman Reigns. And because even though Reigns is now kind of a part time guy, you could still make Roman Reigns even bigger if he beat The Rock. And because it’s a family connection, I think that’s what they would probably do.

So that could be a mega drawing match. And again, even if people wanted to see The Rock win they would understand that he didn’t because also, and maybe it’s not even for the f*cking title. Maybe it’s a personal issue where they swerve the people, it’s non-title that way they think Rock will win but he still puts Roman over that could happen. But Rock says I don’t want the title, I can’t have the championship. I’m a movie star but this one thing to settle who is the head of the table?”

You can check out a clip from the podcast below:

(h/t to Inside The Ropes for transcription)