During his latest podcast, Cornette provided an additional response to the comments made by Miro:

“Miro said, ‘if You call Penelope Slut again I’ll come like God’s wrath on you!’ … that sounds vaguely sexual. Has he been making some of them Lars Sullivan videos? What is his goddamn…. anyway he wants to come like god’s wrath on me.”

“He said ‘I will personally drive to your basement!’ Is he saying that he’s homeless and if I give him a room in my basement he will come here at his own expense? No, of course not. He’s threatening me with violence or sexual assault depending on ‘what coming like god’s wrath’ means.” 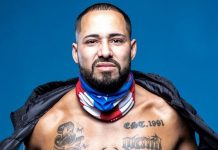