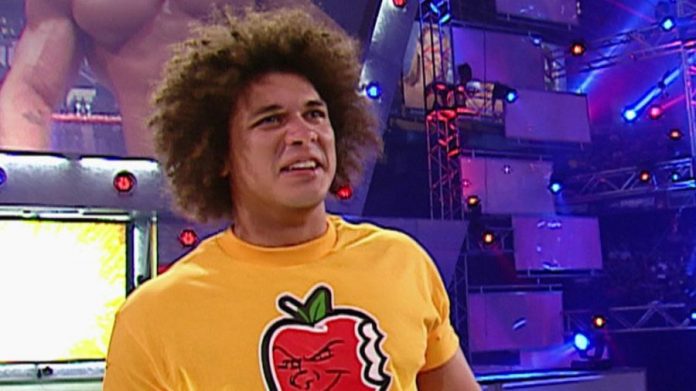 During his recent podcast, Jim Ross commented on Carlito and why Carlito wasn’t a bigger star in WWE:

“He’s a good worker. His only enemy has always been his own motivation. He can be as good as he wants to be so therefore some perceive that he might be a little unmotivated, IE, a little lazy. He wasn’t lazy in his interactions with the fairer sex because he was a Hall of Famer in that area. If he kept his eye on the prize and wanted to go in and work, he was absolutely extraordinary. Carlos Colon was a big star in Puerto Rico and so forth, and owned the territory, the booker and all those things we talk about, but his son, Carlito, he was the star. He was the best. Eddie was a good hand. Carlito could have been a big time star if he would have been more motivated in my opinion. I might be wrong on that deal, but I loved his work. Sometimes you see him go out there depending on the opponent or who talked to him last, whatever, and he was simply off the page. Then some nights he would go out there and he would work to the level of the talent he was working with and that’s not always a good thing.”