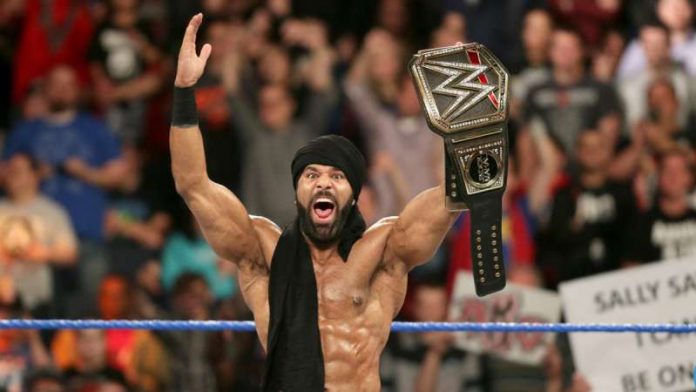 – Above is a preview for tonight’s season 2 premiere of WWE Story Time on the WWE Network.

– Tickets for the December 17th WWE Clash of Champions pay-per-view from the TD Garden in Boston will go on sale Friday, September 29th to the general public. No word yet on which brand will get this event.

– It looks like WWE Champion Jinder Mahal is banged up as he was wearing the RockTape kinesiology tape on his shoulder at the WWE live events overseas this weekend, as seen below: