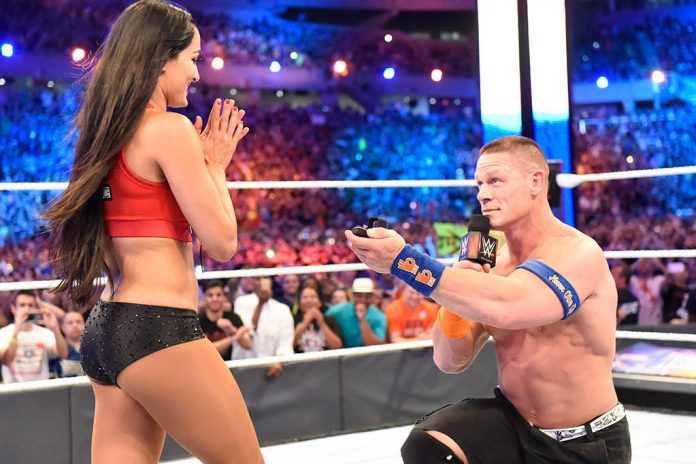 John Cena, Daniel Bryan, Nikki and Brie Bella appeared on NBC’s Today show on Monday morning to promote the upcoming season of Total Bellas that premieres next month on the E! Network. During their appearance, Cena hinted at his wedding with Nikki would be televised. Here is what he had to say:

“The reason why audiences flock to the E! Network is because these women are so open and so honest with their lives,” Cena said. “That encompasses everything, they run hard. They’re just as busy as anyone – they have an apparel line, they have a wine coming out, they’re filming this show, they’re filming another show, [they have] a successful YouTube channel. They are as entrepreneurial as you can get. But they still make time for their family, and they make time for experiences to bring for people who follow them on. I’m not going to speak for Nicole and say that we are, but she probably will be like, ‘we have to kind of give it to [them].”