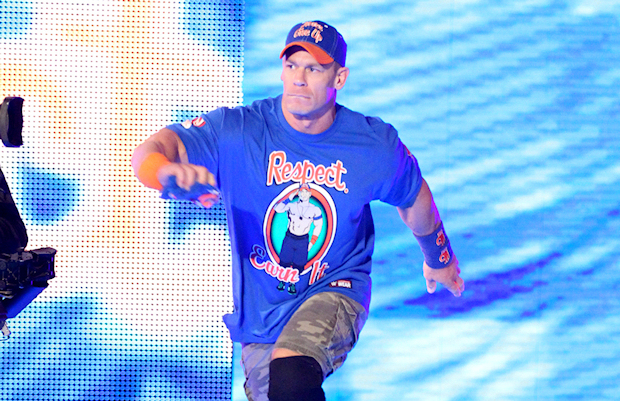 – As noted, rapper Wale will judge the Rap Battle between The New Day and SmackDown Tag Team Champions The Usos on tonight’s SmackDown from Phoenix. WWE posted this video of Wale arriving to the Talking Stick Resort Arena. The big pro wrestling fan says he will keep it clean, have a good time and call the battle down the line. He wants the crowd to really pick the fair winner.

– Austin Aries recently spoke with Chuck Carroll of CBS Sports to promote his new “Food Fight: My Plant-Powered Journey from the Bingo Halls to the Big Time” book. The full interview is at this link. He commented on how much of an emphasis is being placed on nutrition at the WWE Performance Center. Aries said:

“I do know that when people come in there as part of their initial training and acclimation they’ll spend some time on nutrition. There are some classes on nutrition. The cool thing is that with the resources there, even beyond the classes that they have, if people have a question about certain areas that they are interested in or maybe want a little extra assistance, WWE is really good about going out and helping facilitate that.

At the end of the day everyone has different goals. Some people, like myself, are trying to keep size on. Some people might come in and have the opposite. So, one size doesn’t fit all for nutrition. Also, one person’s idea of what nutrition and a healthy lifestyle are can be completely different from someone else’s.”

– John Cena tweeted the following videos going into tonight’s SmackDown, where he will make his return to WWE TV as a free agent.

To all who question passion and commitment, time to remind you..I'm far from done #RAW #SDLive @WWE #NeverGiveUp pic.twitter.com/G1QbmK8hQw

I am not a 'face','brand',or 'gimmick'. I am a man. With 1 goal. Compete with the best! @WWE #SDLive #NeverGiveUp pic.twitter.com/RUA4OB55xT