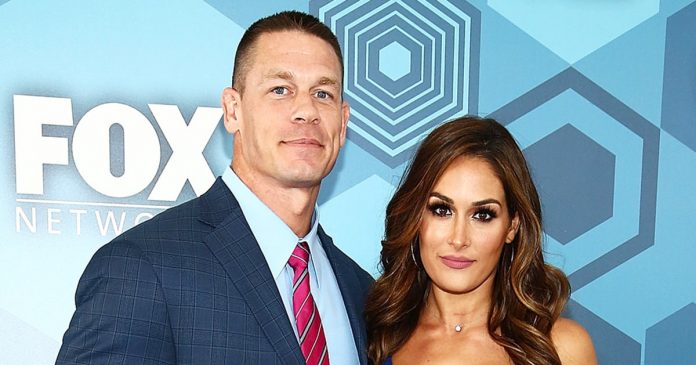 In an interview with POPSUGAR, John Cena discussed his engagement to Nikki Bella.

When he decided he would propose to Nikki Bella:

“I just wanted it to remain a secret. So much of our lives has been an open book and so much is talked about by everyone, including ourselves. I knew quite a while ago. I just wanted to add some element of romance and a lot of the process of an engagement is the spontaneity and the romance. I just wanted to keep that. I’m glad it worked out the way it did. It was a tremendous surprise. It’s a moment I’ll have forever.”

Why he decided to propose at WrestleMania 33:

“I messed around with the idea months before and I guess it was just me having the guts enough to do it on that stage. So many of our viewers know myself and Nicole from the WWE ring, and I’ve been in WWE for 15 years now, [so] they’re my family. WrestleMania is the one day of the year that the entire family gathers together. So, I figured it was a great way for me to tell the woman I love that she’s the one I want to spend the rest of my life in front of all the people that have followed us for all of these years.”

If they will film the wedding:

“I’m not sure. I’m going have to divert to her on that one. She’s the boss. [Her] show is called Total Bellas, so it’s kind of about [her] life and if she decides to open up that moment to the rest of the world, I certainly support her. At the same time, if she were to decide that wants that moment just for us, I’d certainly support her with that as well.”