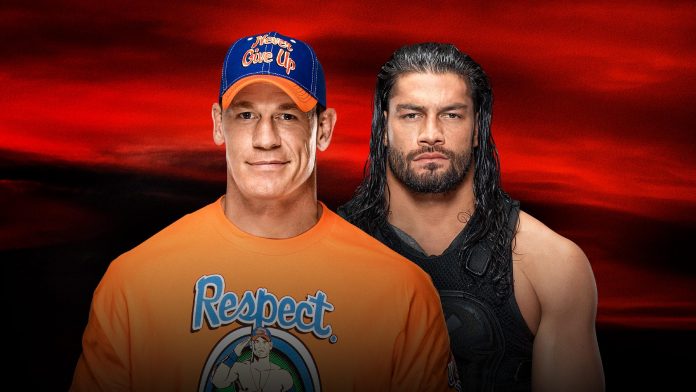 .@JohnCena definitely got the last word in his heated exchange with @WWERomanReigns on #RAW… pic.twitter.com/YirrOiyBda

– John Cena and Roman Reigns had what may be their most heated exchange yet during tonight’s WWE RAW from Anaheim. Following Reigns’ win over Jason Jordan, the two took shots at each other for the third week in a row. Reigns mentioned how he’s had more great matches in 2 years than Cena has had in his whole career. Cena told the crowd that we can’t pin this burial on him as Reigns buries himself every time he comes out and speaks on the mic, making it easy for Cena. As seen above, Cena ended the segment by taking a shot at Reigns for violating the WWE Wellness Policy in the summer of 2016.

Everyone finally getting to see what I've known since the first time we teamed up. @JasonJordanJJ is one of the best we got.

Drew McIntyre Tweets On Being WWE Champion For One Hundred Days

Drew McIntyre Tweets On Being WWE Champion For One Hundred Days