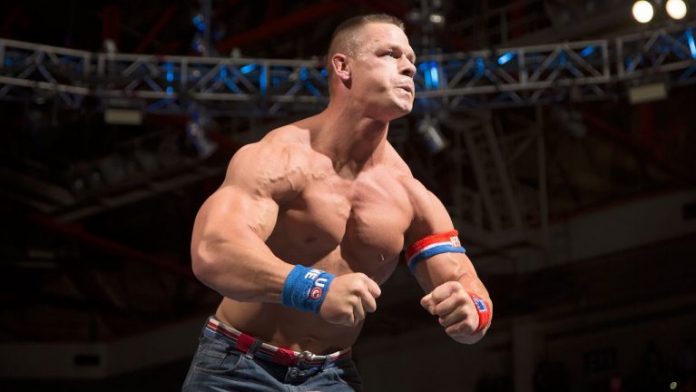 – Above is video of Noelle Foley interviewing WWE Hall of Famer Ric Flair at the recent San Diego Comic Con event for Ringside Collectibles. Flair mentions being close to rappers like Snoop Dogg, Ludacris and Waka Flocka Flame. Regarding Charlotte Flair, Flair says he couldn’t be more proud of her as a father as she’s accomplished so much in a short period of time. Ric goes on to praise Charlotte and says the sky is the limit for her. He mentions that she wants to face former UFC Champion Ronda Rousey in a match. Flair goes on to say he believes Charlotte could give Ronda “all she wants” if she had 6 months of proper training, because Charlotte is bigger and stronger. Ric also talks about the new book they have coming out together, his legendary robes and more. Ric also gives props to Noelle’s mic skills and says she should be working one of the WWE TV shows.

– We noted last week that John Cena vs. Baron Corbin appeared to be in the works for WWE SummerSlam after Corbin and Cena brawled following the SmackDown main event, which saw Shinsuke Nakamura defeat Cena to earn a WWE Title shot from Jinder Mahal at the big show in Brooklyn on August 20th. PWInsider confirms that Cena vs. Mr. Money In the Bank will be happening at SummerSlam.

– New WWE SmackDown tag teams were formed for the weekend live evens in Canada as Luke Harper and Sin Cara teamed up to defeat Erick Rowan and Aiden English in Montreal and Ottawa. Cara tweeted the following photo with Harper in a mask.

For those who missed it, below are two backstage photos of the new tag teams that WWE posted to their Instagram this weekend. You can use the arrows to scroll to the next photo. 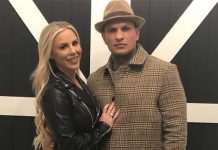