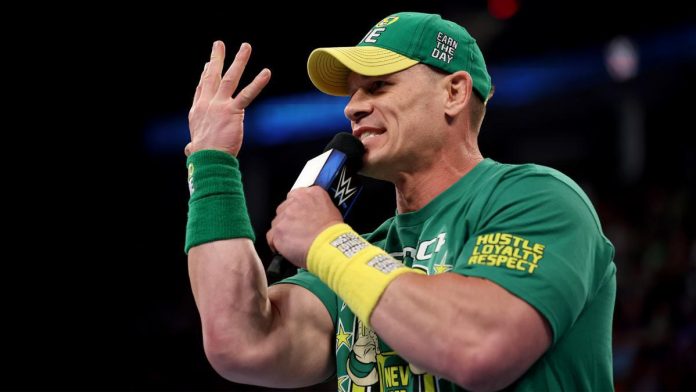 – John Cena is featured in one of the latest “#Short” videos offered on WWE’s official YouTube channel. Check out the video, dubbed “John Cena’s ‘heel turn'” via the YouTube player embedded below.

– Speaking of Cena, Kurt Angle took to social media to share a quick video clip of himself congratulating Cena on his 20th anniversary in WWE and the ongoing “#CenaMonth” tribute in his honor. Check out the video below.

Congrats @JohnCena on your 20 year anniversary in the WWE!!!! #itstrue pic.twitter.com/kLYvtSrFSo

– Finally, the other new “#Short” video featured on WWE’s official YouTube channel shows Raquel Rodriguez and Los Lotharios attempting the “#TortillaChallenge.” Check out the video below.