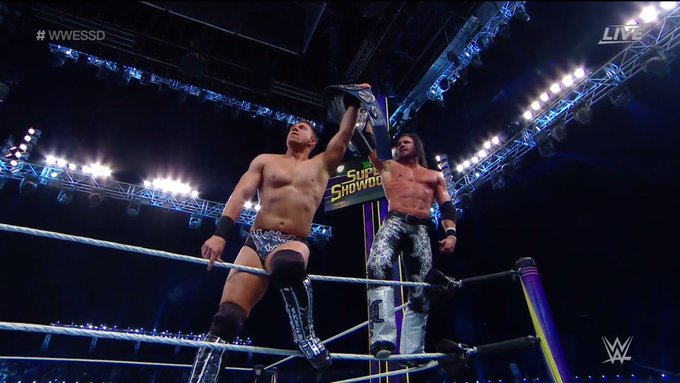 The match saw Morrison hit Kofi Kingston with a steel chair shot while the referee wasn’t looking, allowing Miz to get the pin for the win.

This is Morrison’s 6th reign with a tag team title in WWE, and The Miz’s 8th, but their first SmackDown Tag Team Titles reign together. Big E and Kofi won the titles back on the November 8 SmackDown by defeating The Revival.

Below are a few shots of today’s title change from the Mohammed Abdou Arena at The Boulevard in Riyadh, Saudi Arabia: