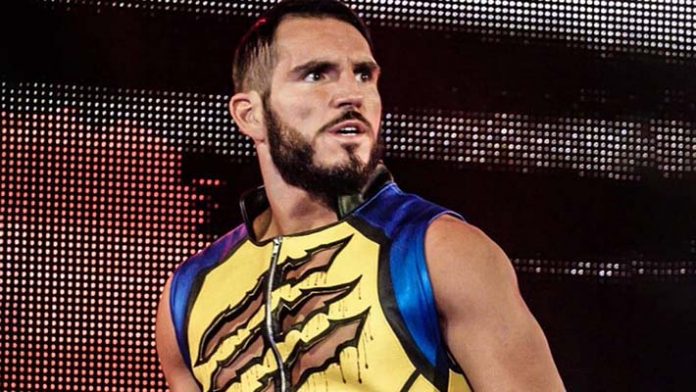 During the discussion, the former WWE NXT Superstar spoke about his heel turn back in 2020, becoming the straight man for The Way and more.

On his heel turn in NXT in 2020 was originally going to be more serious: “At the early stages, when we were together, our characters were supposed to be completely different. We were supposed to be serious, like you were gonna get a whole different version of Johnny and Candice that you never got a chance to see.”

On how he shifted his heel turn to be more entertaining due to the pandemic occurring: “Yeah, a whole different dynamic you never got a chance to see. But when the pandemic happened, I kinda sat back and I was like man, there’s so much negativity right now in the world, and I know I’m a heel, but I want to do what I can to put a smile on people’s faces. I wanna make people laugh and smile and be entertained during this time period. That’s why we focused more on the entertainment than on the pure being a heel aspect.”

On how he became the straight man for The Way: “Impossible. I never want to be the straight man in the group ever, ever again for the rest of my life. Especially Indi and Theory are hilarious. There was a day, I think we must have been in commercial break, and Indi was heartbroken, and I was looking in the ring, and I turn around, and no joke, she’s laying on the ring stairs like this [mimics lying on the stairs]. I don’t know how I’m supposed to be serious in that moment. They would do it backstage, like we’d be doing like a backstage promo and these guys are fighting up here, and there’s all this chaos happening, and she just kept going for Dexter, and I had to turn around and laugh so many times. If you go back and watch any of that stuff, if you see me like this at any moment, it’s because I’m laughing.”

Check out more from the Johnny Gargano interview by visiting Fite.tv. H/T to Fightful for transcribing the above quotes.