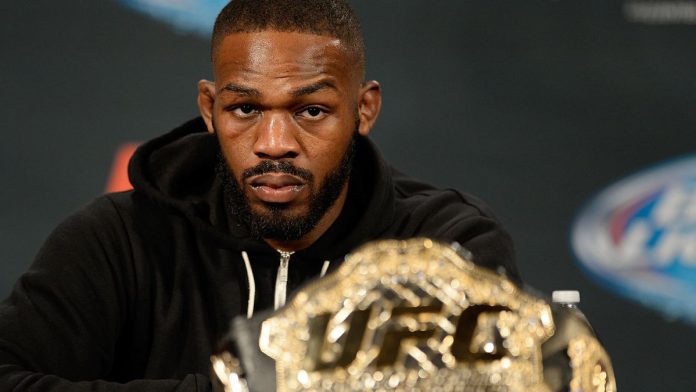 Up until recently, the Ultimate Fighting Championship made headlines for the concept of “Fight Island,” a location that would allow the company to skate the various restrictions of the pandemic to get fighters from different countries in the same place at the same time to schedule possible bouts. While the almost outlandish promotional tactic would always grab a headline, it garnered major attention during a time frame when many sports are still paused because of the shut down. Just as Fight Island began to slip from the news, a feud involving the Light Heavyweight champion, Jon Jones is the top story of the MMA world. However, this dispute isn’t with a fellow fighter for the title, but rather with UFC kingpin, Dana White for a better payday.

The grudge stems for negotiations to attempt to bring the 205 LBS titleholder to the heavyweight division with rumors of a potential contest against Francis Ngannou. As with most things in the modern era, the argument spilled over onto social media, where the two exchanged digital jabs about what supposedly did or didn’t happen during the discussion. The point of contention between the two is based on what White says was demands of “Deontay Wilder money” for Jones to take a fight in the higher weight class. That would put the number to get Jon Jones to heavyweight at around $30 million for a fight. According to ESPN’s Ariel Helwani, “Bones” Jones usually makes about $5 mill per fight. The Light Heavyweight champion took to Twitter to vehemently deny that he made such demands and continues to insist that financial terms weren’t discussed. White responded with claims that he has text messages from Jones that prove his request for a Wilder level pay check. Jones rebutted, saying that those messages don’t exist and even gave White permission to release the message publicly if he has them. White deflected the notion and has yet to show the messages to the public. The argument escalated with “Bones” Jones claiming that he will relinquish the 205 LBS and requested to be released from his UFC contract on Twitter.

You’re talking all that big guy stuff about not caring, put your money where your mouth is and release me from that contract


There’s a lot to unpack here, but let’s make no mistake about it, this scenario really isn’t anything new and has been a revolving door for decades. The promoter will always try to tighten the purse strings as much as possible to maximize his own profits while the athletes or performers will always try to leverage the best possible payoff. It’s the nature of the beast with contract negotiations. Where things get complicated here are the layers of this story and the potential ripple effect afterwards.

Does it make sense for Jon Jones to demand better money to move up to heavyweight? Sure, but to attempt to get paid exponentially more cash to do it doesn’t make business sense for the UFC. Keep in mind, the organization makes a lot of revenue from the ESPN deal that saw them move their pay-per-views exclusively to the ESPN+ streaming service and the network advertises cards regularly because they have a vested interest in the success of those shows. In short, despite being one of their most well-known stars, the UFC isn’t going to crumble without “Bones” Jones because they’ve already secured the hefty ESPN money. At the same time, UFC brass need stars that are going to move the needle to look good for the network that is paying them and in theory, Jones can do that.

"I tarnished you? You’ve done a very good job of tarnishing you."


Where Jones loses most of his leverage is that while he threatens to vacate the belt, he has made many mistakes in the past that have cost him the championship twice already. Considering that “Bones” Jones has a laundry list of legal problems and a history of failed PED tests, it’s very difficult for anyone to see him as a sympathetic figure here, even if his rival is a corporation.

#ESPN Reyes vs Jan For the UFC light heavyweight championship of the world. As of right now, I got nothing to really gain fighting either of them. Let me know if you guys want to set up a day in 2021 for that Izzy fight. Hopefully you guys will be willing to pay by then.


In truth, Jon Jones needs the UFC more than the UFC needs him. Keep in mind, he’s making $5 million per fight, where else is he going to get that type of cash? In theory, Bellator could attempt to exceed that number because they are owned by Viacom, but it’s doubtful that Bellator events generate enough revenue to cover that type of contract. Viacom is a massive television conglomerate because they don’t usually lose money on deals so it’s doubtful they would risk going in the red just to ink Jones to a contract. The bottom line is, the UFC pays Jones the best money he’s going to make in MMA and if he willingly vacates the championship he would lose the majority of any negotiating power he might have to attempt to get more money.

So, no, I don’t think Jon Jones will actually leave the UFC because it’s still the best money he can get in the sport.

Jones claims he could jump to boxing, but if he’s going to do that then he would need to sign to fight a legitimate opponent to garner the biggest money. If he does that and gets dominated in the ring, his drawing power in boxing will be next to zero. Although, in some ways, the UFC is reaping what they sowed with “Bones” Jones throughout his career. The company made excuses for him during PED allegations, they moved UFC 232 to Los Angeles so he would be licensed to fight after a drug test was flagged in Nevada, and they continued to promote him after his countless legal disputes.

During the majority of his run in the company, Jon Jones has always been given a pass and still be able to get what he wants from the organization.

With all that said, it wouldn’t be that surprising that “Bones” Jones might think he’s worth Deontay Wilder cash. Don’t get me wrong, Jones is popular, partially because of all the controversy that surrounds him, but he’s not popular enough to demand a $30 million payday. Keep in mind, the debacles outside of the octagon soured many fans on him, and the argument could be made that much of the reason he’s still relevant is because of the Light Heavyweight championship. He dismissed notions on Twitter that he should sign for a rematch with Dominick Reyes, who he beat via a razor-close decision that some thought the challenger might’ve won. That victory was after an even closer split decision against Thiago Santos the previous year. In years prior, Jones bragged about being able to win without extensive training so perhaps his party lifestyle has begun to catch up with him? Perhaps, the dominate champion isn’t quite as ahead of the current competition than he was in the past. Either way, I think it’s fair to say that Jones doesn’t want to risk a rematch with Reyes because of how close the original bout was and Jones hasn’t looked as sharp in recent bouts.

Make no mistake about it, Dana White isn’t going to just release Jon Jones from his contract since the company will have more leverage the longer that Jones doesn’t want to negotiate a return to the octagon. The longer that Jones’ deal is essentially frozen, the less relevant he is within the MMA landscape and thus lowering his market value as a free agent. That being said, this squabble won’t garner public support for either side because it’s basically a multi-millionaire arguing with a billion dollar company for more money. All things considered, much of this dispute is moot because eventually Jones will sign to fight again because there’s money to be made for everyone involved. That being said, it’s interesting that Jones threatens to vacate the championship that his own unwise decisions caused him to be stripped of twice in his career.