– NJPW posted the following video, showing AEW World Champion and IWGP US Champion Jon Moxley revealing what he thinks his best entrance from New Japan was. He wound up picking his G1 Climax match with Tomohiro Ishii from July 19th, 2019 at Korakuen Hall in Tokyo, Japan:

– If you’re looking to do some gambling during this period you’ll probably have to be looking online. Unfortunately, playing on an overseas casino means trusting your money with a foreign company. Luckily, for those in Japan, a quick browse on Zamsino JP will reveal that there are many casinos for Japan based players which payout quickly.

– According to a report from the Wrestling Observer Newsletter, New Japan Pro Wrestling star Toru Yano was at a STARDOM press conference this week. He has been hired as a Special Content Advisor for both promotions.

– In an update on the STARDOM promotion, they held a press conference last month to announce that all of their May dates were cancelled. The company is currently planning to run an event on June 16th at Shinkiba in Tokyo.

– Kazuchika Okada donated 5 million Yen ($47,010) to the Nippon Foundation’s fund to provide aid to doctors, nurses, and volunteers working on the front lines to fight COVID-19 in Japan. Okada said,

“I’m always grateful for NJPW fans’ support, and it’s my hope that I can get back to hearing the cheers of sold-out crowds as soon as possible.

It’s usually me receiving the support and power of the people, but now I feel it’s my turn to lend support to medical staff fighting this disease.

I hope fans continue to stay home and stay healthy, so that we can return to the ring as soon as possible.” 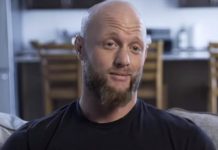 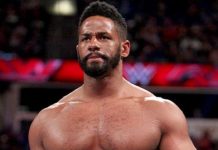 Updated Dark Side of the Ring Ratings and Viewership 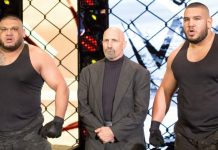 The Authors of Pain Respond To Report About Retirement