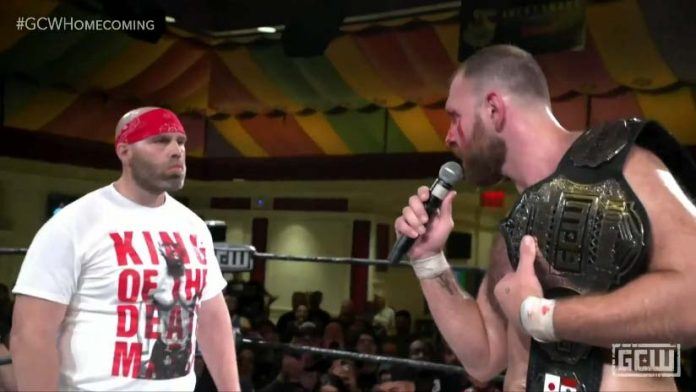 Gage admitted that he wasn’t certain how long his career will last. He mentioned that he wanted to succeed Moxley as the champion, and Moxley agreed.

Moxley wanted to specify the date, time, and location of the fight. He also told Gage to risk his future career. Gage agreed.

Jon Moxley has accepted Nick Gage's challenge for the GCW title as long as it's Title vs. Career.#GCWHomecoming pic.twitter.com/eLXmSC9UJz