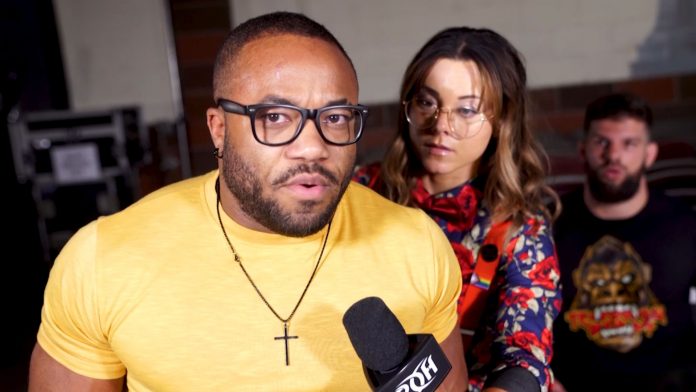 Jonathan Gresham dominated the ROH Pure division for a year. Now “The Octopus” is coming for the ROH World Championship.

Gresham respectfully interrupted a backstage interview with new ROH Pure Champion Josh Woods to announce that he was submitting his request to the ROH Board of Directors to enter the ROH World Title division. Gresham lost the Pure Title to Woods at Death Before Dishonor last month.

“With the World Championship I know comes influence,” Gresham said. “With that influence I can finally fulfill my destiny in purifying this company.”

Before making his declaration, Gresham told Woods that he knows the Pure Title is in good hands.

Gresham won a tournament last year to capture the ROH Pure Title, which was reactivated after being dormant for 14 years.

Gresham has only received one shot at the ROH World Title. In 2018, he lost a classic 30-minute Iron Man Match to then-champion Jay Lethal, two falls to one.