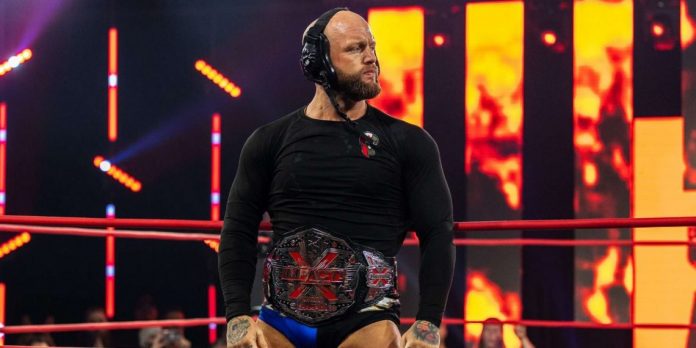 During it, he talked about growing up as an Impact fan and now being the promotion’s biggest star:

“My whole relationship with pro wrestling, with Impact Wrestling, started with me as a fan on the couch on Wednesday night, June 19, 2002. I bought that first pay-per-view. I remember exactly what I had for dinner and what I was doing right before the pay-per-view started,” Alexander said.

“That very first match, I saw Low Ki, AJ Styles and Jeremy Lynn against the Flying Elvises and it just blew my mind about when I thought pro wrestling was because it was something completely different. They revolutionized the pro wrestling business that we see today, I think, those early early years in IMPACT Wrestling especially.”

“In a roundabout way, 20 years into the future, and for me to be standing here as like the figurehead for the company, holding that World Championship, that 15-year old me that sat on my couch from 2002 would not believe any of this.”

(H/T to WrestlingNews.co for quotes)