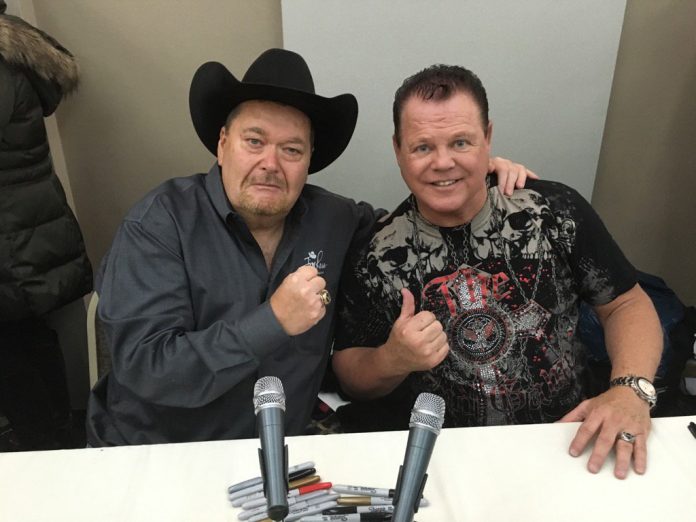 – As seen above, Brie Bella and daughter Birdie Joe did a photoshoot with Mini Magazine, a parenting magazine, in Venice, California this week. Brie noted that this was the first magazine shoot for her daughter. No word yet on when the issue will hit newsstands but it is the holiday edition.

– As noted, Triple H made a surprise appearance at the Insane Championship Wrestling event in Cardiff, Wales on Sunday, along with WWE UK Champion Pete Dunne. We’ve noted how WWE has somewhat of a working relationship with ICW, one of the top UK indie promotions. WWE’s website posted social media footage of the appearance and announced the following:

Should we maybe add a fourth “H” for “hustle”? Triple H continued to make headlines in the United Kingdom when he joined WWE United Kingdom Champion Pete Dunne at an Insane Championship Wrestling event in Cardiff Sunday night.

The Game’s surprise appearance was met with utter shock by the ICW faithful, as The King of Kings thanked them for their support and for being crucial to the success and growth of sports entertainment overall.

– WWE Hall of Famers Jerry Lawler and Jim Ross will be reuniting in 2017 for several “Ringside” two-man stage shows. JR tweeted the following on their first “production meeting” this weekend:

We had our 1st ‘production mtg’ today.