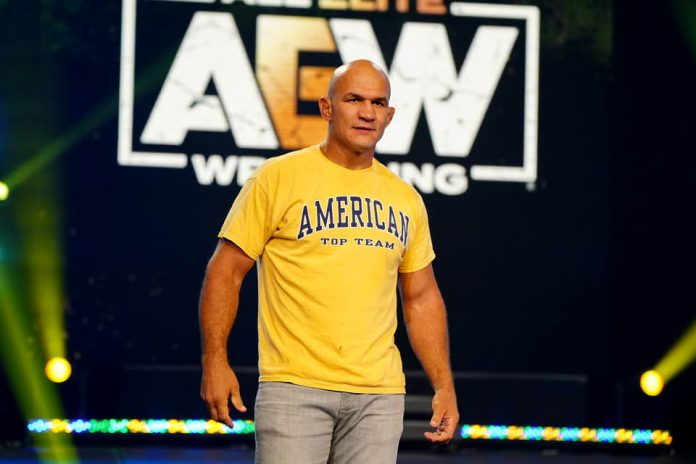 Former UFC Heavyweight Champion Junior dos Santos, who just worked his first pro wrestling match on Friday’s episode of AEW Rampage in a six-man tag, gave his thoughts on the recent comments made by Roman Reigns.

On Friday, Complex released an interview with the WWE Universal Champion where he said he doesn’t AEW as a competitor, but rather a promotion who has a hardcore fanbase and a ceiling.

He also took shots at CM Punk by stating, “I don’t think anybody really believes someone 200 pounds soaking wet with no explosive bone in their body could ever really do anything to me. I’m 6’3”, 265 pounds, a legitimate athlete who can throw some weight around and has been on the gridiron at the highest level. D1. All ACC. I probably would’ve maintained in the NFL if my health issues didn’t happen when I was 22 years old,” Reigns explained. “So, I mean, when it comes down to it, I’ll throw him and pretty much the rest of that roster out the club no problem. They’re just little brothers, you know?”

Dos Santos wrote on Twitter, “Hey @WWERomanReigns I heard your interview. Please send the address of this club you will throw me and my little brothers out of #AEW”

Hey @WWERomanReigns I heard your interview. Please send the address of this club you will throw me and my little brothers out of #AEW pic.twitter.com/6QIO5337AI