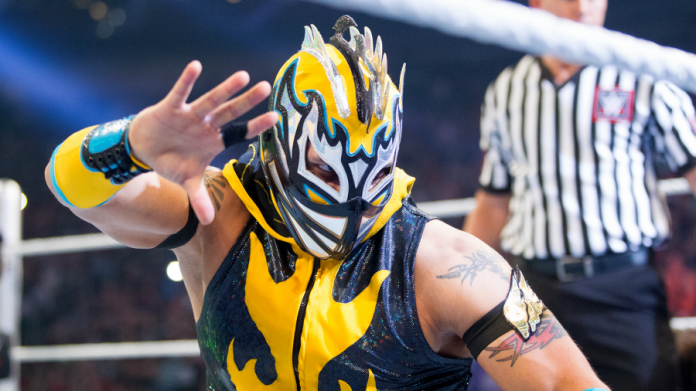 – Though he was injured when a fan threw a water bottle at him on 205 Live last week, Kalisto didn’t miss any time because of it.

Kalisto was back in the ring before Raw went on the air on Monday night and picked up a win against Tony Nese on WWE Main Event in his legitimate hometown of Chicago, Illinois.

Abigail Rodriguez, Kalisto’s wife, posted on her social media accounts last week that Kalisto needed stitches and had an MRI done due to the water bottle being thrown at him. The bottle, which wasn’t empty, bounced off the ground and hit him in the mouth.

According to a tweet from a WWE employee, the person who threw the bottle was caught by security.

On Twitter, Goldberg said thanks for the birthday wishes.

Very humbled by all the birthday wishes! Thank you