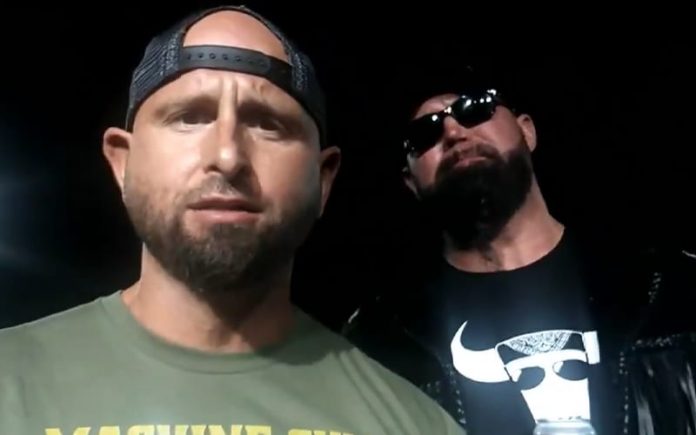 During his Talk N Shop podcast, former WWE star Karl Anderson gave advice to people that get released from the company. Anderson, who has been working for AEW and Impact Wrestling in recent months, said the following:

“We know what it’s like to get canned from WWE. Here’s the advice I would say; enough of the ‘thank you’ tweets. Give me a fucking break. When you get canned, let it go. How about hashtag ‘fuck off.’ I don’t think less than 24 hours after being fired…take a second to take a breather. Take it easy with the thank you bullshit within 24 hours. Breathe it in and take it all in for just one second. Put together a plan of attack before you start thanking all these motherfuckers that fired you because…people give Jim Ross a lot of heat, but I have respect for Jim Ross because, when we got canned, he said, ‘There’s a reason why WWE decided to not do business with these individuals anymore.’ It’s as true as it can get and Thank God. We made the most money we’ve ever made in our lives this past year and that’s after WWE.”